As a member of the NGV, a viewing of the Terracotta Warriors prior to the opening hours of the gallery at 8am was held this morning. An excellent time to see them as there were only approx 100 people in total. 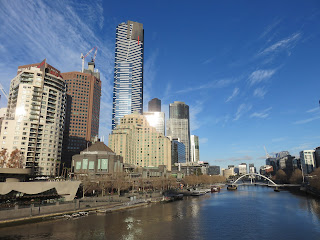 Beautiful clear and crisp morning.
*************************************************
The discovery of the warriors, one of the most significant archaeological finds of the twentieth century, was made by chance. In March 1974, seeking water during a period of drought, local farmers began digging an irrigation well in Lintong district Xi'an. .Little more than a metre below ground, they unearthed fragments of the terracotta army, including a warrior's head and a group of bronze arrowheads. Had the farmers commenced their digging a metre to the east, the warriors may have remained undetected. 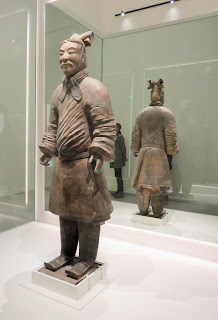 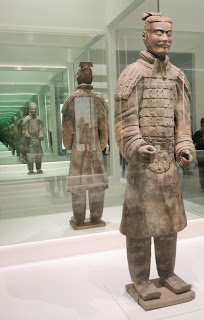 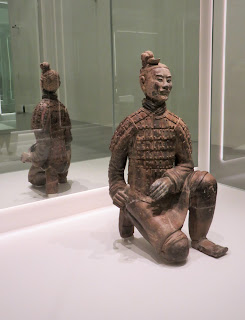 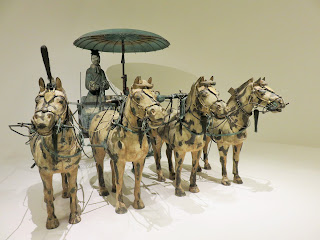 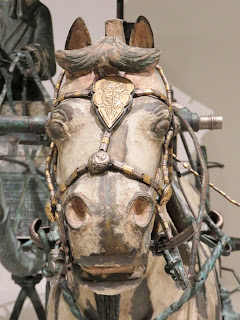 Six years after the discovery of the warriors, the tomb of the first emperor was confirmed by the discovery of two bronze chariots. They were originally in large wooden boxes which had collapsed over time, the chariots were squashed flat by the earth on top of them.  They were reconstructed from thousands of broken pieces. 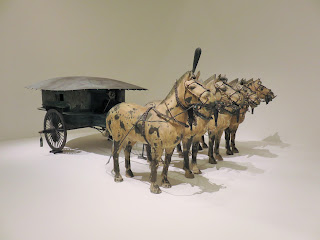 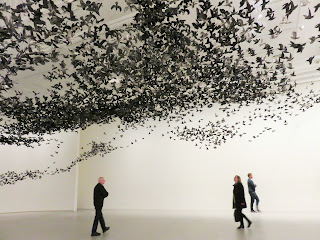 "The Transient Landscape"
10,000 suspended porcelain birds, spiraling over visitors heads. The birds create a three-dimensional impression of a calligraphic drawing of the sacred Mount Li, the site of the ancient tomb of China's first emperor, Qin Shihuang and his warriors. 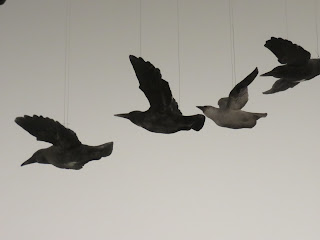 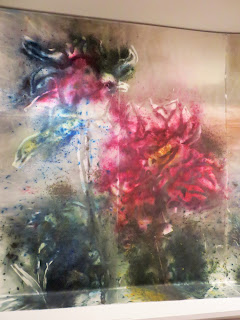 Peonies in full bloom have been an important motif in Chinese art for centuries frequently appearing in brush and ink paintings and works of porcelain. They symbolise, royalty, virtue, honour and wealth. The exhibition features two works, 360 degree gunpowder drawings, rendered on silk capturing the peony flower across the four stages of it's life cycle: emergence of the bud, blooming, wilting and decay. 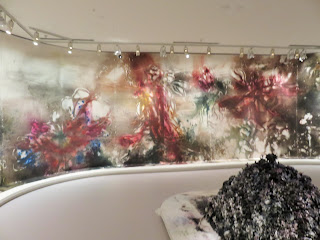 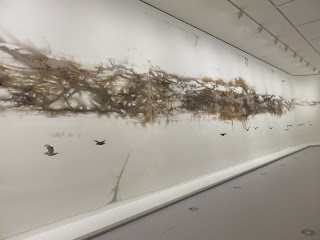 "Pulse (Mountain)"
This gunpowder drawing represents the vast mountains and horizons of China's Central Plains.
Located at the lower reaches of the Yellow River, the plains are considered by many to be the cradle of the ancient Chinese civilisation.
From the centre of the gunpowder drawing ignitions burst to the left and right, creating an energy the reflects the Chinese title "Dimai" or "veins of the earth". 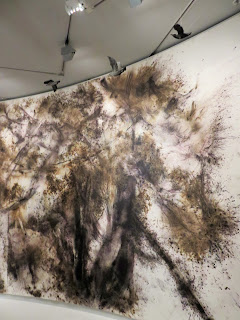 "Flow (Cypress)"
Gunpowder drawing of Cypress trees which have been known to live for centuries, remaining evergreen throughout the cold and dark of winter. 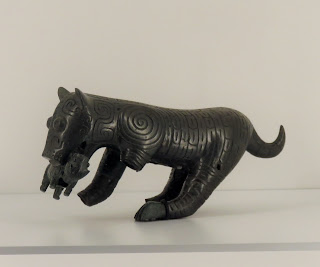 Also exhibited were a large array of artifacts found with the warriors.
More than 150 treasures of historic Chinese art and design. 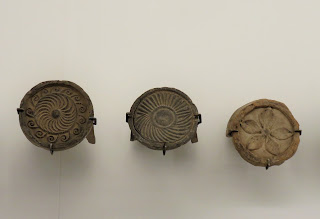 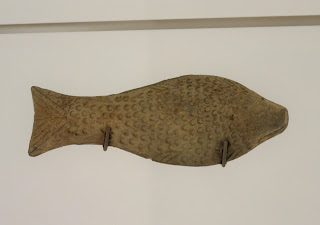