A sunny day to visit one of the premises of Open House Melbourne. 200 significant commercial and civic buildings, private homes, infrastructure and landscape projects are open, demonstrating some of Melbourne's most progressive, historical, contemporary architectural designs.
Majority of the them were open to the public yesterday, unfortunately we were unable to attend. 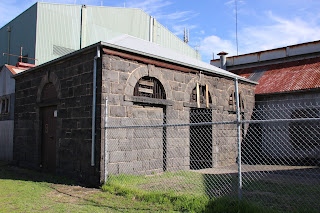 One we did visit was the oldest morgue in Australia. In May 1860, Williamstown Council called for tenders for one to be built on what is now known at the Gem Pier. 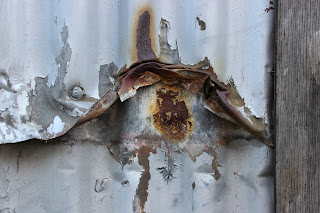 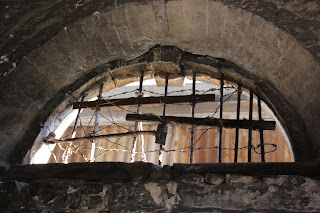 Ventilation shafts for the breeze to blow through to keep it's inhabitants cool using the Coolgardi Safe method. 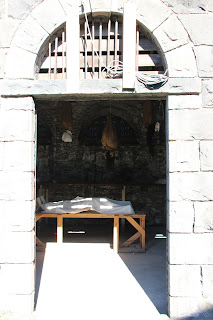 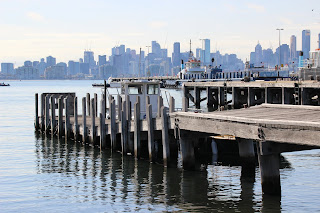 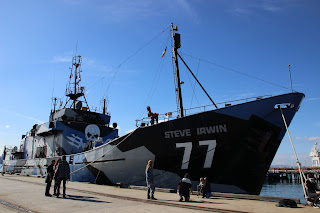 At the end of the pier, the Sea Shepherd ship , The Steve Irwin, is in dock for repairs. 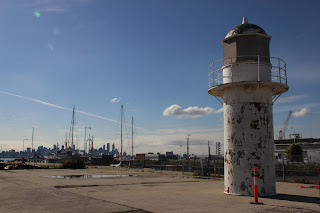 We also visited the Jack's Magazine, a former explosives store on the banks of the Maribrynong River. Opened in 1878 and unused since 1990. Built into an escarpment and concealed behind a blue stone perimeter wall on Crown Land, it is largely hidden from view. 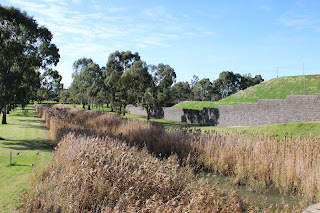 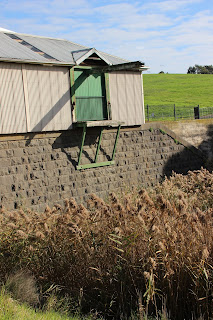 Posted by jacaranda at 4:12 PM