Thank you Heather for telling us about this hidden piece of magic. 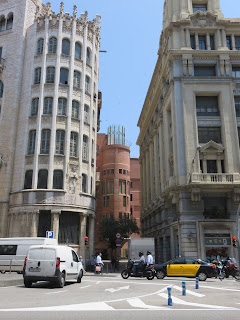 Unless you were told, who would have thought this brown building hiding down an alleyway would be a place listed as a World Heritage Site by UNESCO.
The Palau de la Musica Catalana was built between 1905 and 1908 by the architect Lluis Domenech i Montaner as a home for the Orfeo Catalana, a choral society founded in 1891.
He was Gaudi's professor. 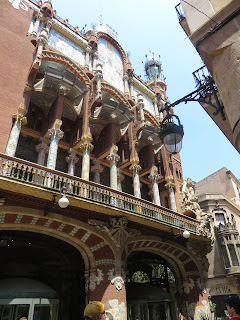 The exposed red brick and iron, the mosaics, stained glass and the glazed tiles were chosen and situated to give a feeling of openness and transparency. 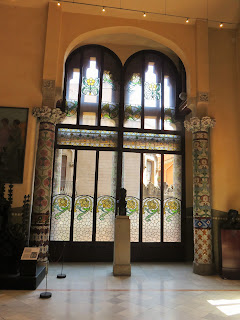 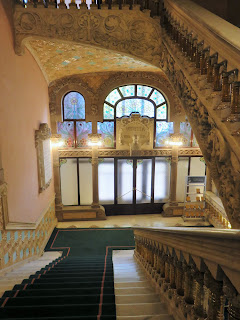 The marble staircase and balustrades. 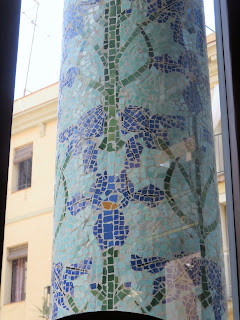 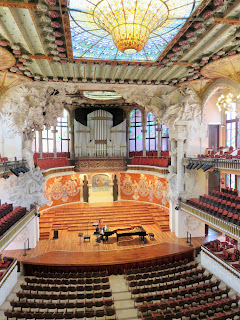 The concert hall is beautiful, seats 2,200 people and is the only auditorium in Europe that is illuminated during daylight hours entirely by natural light. Overhead is an enormous skylight of stained glass designed by Antoni Rigalt whose centerpiece is an inverted dome in shades of gold surrounded by blue that suggests the sun and the sky. 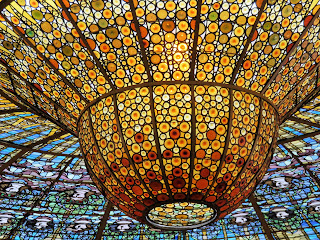 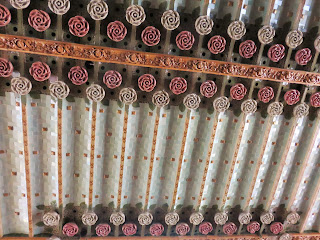 Part of the tiled ceiling. 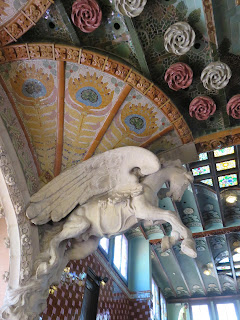 The sculptures of winged horses commanding a position in the upper balcony are said to honour Pegasus, the horse of Greek mythology, the symbol of high-flying imagination. Pegasus was ridden by the muses when called by their father Zeus to be by his side. 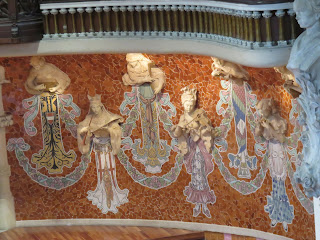 In a semi-circle on the sides of the  back of the stage are the figures of 18 young women popularly known as the muses. The upper bodies are sculptured and the lower bodies are mosaic work.
Each of the women play a different musical instrument and each is wearing a different skirt, blouse and headdress of elaborate design. 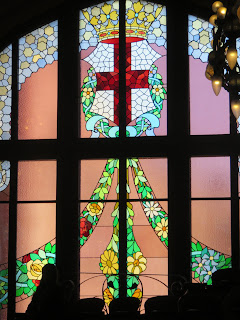 Posted by jacaranda at 1:34 AM