When Richard Wagner composed his opera, Die Meistersinger von Nurnberg, in 1868, his choice of subject reflected Nuremberg's key position as a symbol of German culture and history.
Unfortunately for the city, the same symbolism that attracted Wagner also fascinated Hitler's Nazi party, which considered Nuremberg to be the ideal venue for it's annual rallies. 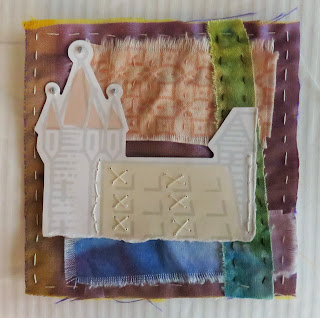 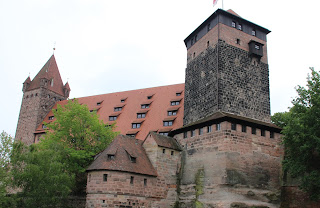 Imperial Castle of Nuremberg.
A group of medieval fortified buildings on a sandstone ridge.
Many of the 80 towers still contribute to Nuremberg's present-day profile. 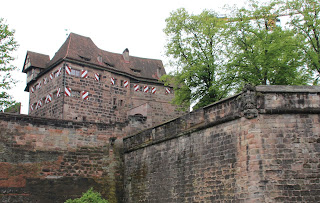 The castle built in 1120, was once residence for kings of the Holy Roman Empire. 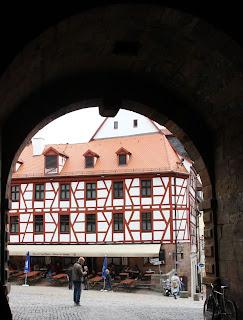 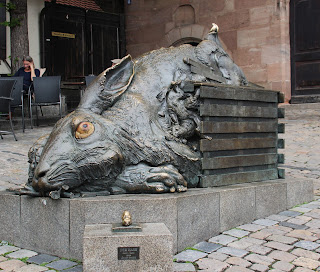 Der Hase (The Hare) by Jurgen Goertz appears quite bizarre.
The statue shows a crazes bronze rabbit stumbling and crushing at least one human (possibly Albrecht Durer?) beneath him. It has been described as "one of the ugliest pieces of public art". 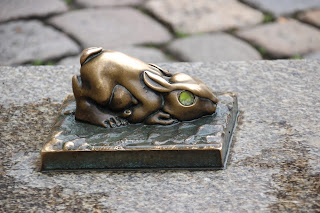 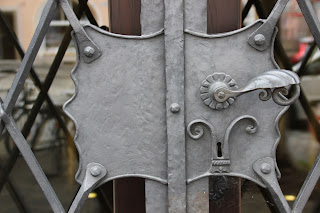 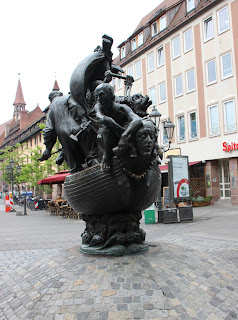 Named the "Ship of Fools", this bronze statue is of a boat carrying 7 people, a skeleton and a dog.
Based on the popular 16th C book by Sebastian Brant, this piece was sculptured by Juergen Weber off woodcuts by Albrecht Durer.
The gloomy sculpture shows an expelled Adam and Eve, their murderous son Cain and other violent figures. It is a scene showing the destruction of the world. 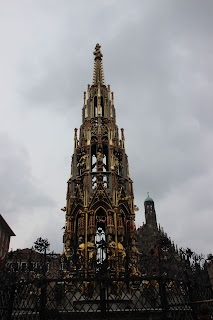 The filigree "Beautiful Fountain" outside the Church of St, Sebald.
About 40 figures are incorporated into the fountain. 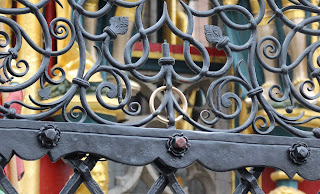 Turn the gold ring 3 times to make a wish that hopefully will come true. 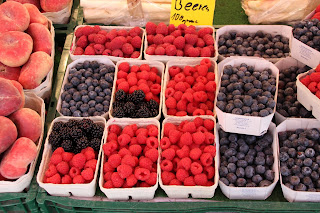 The start of summer berries in the markets. 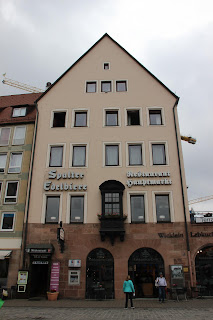 This medieval building was built in the 15th C. Twice throughout it's history, the building was destroyed almost completely and rebuilt. Since 1999, Wicklein Lebkuchen has been selling it's famous gingerbread from this building. 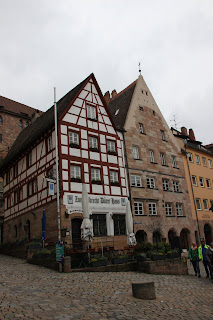 Home of the German Renaissance artist, Albrecht Durer for 20 years from 1590 to his death in 1528. 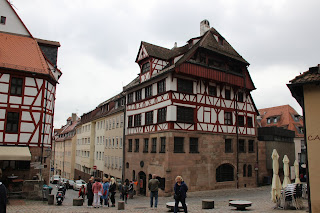 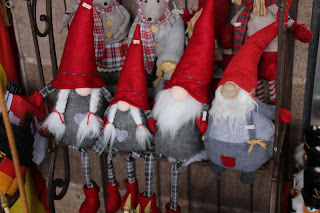 Bamberg (Bavaria)
Built on seven hills flanking the picturesque River Regnitz, the medieval city of Bamberg is compared to Rome. The Old City has been declared a UNESCO World Heritage Site.
It is famous for it's beers, especially "smoke beer". 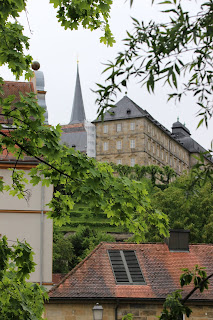 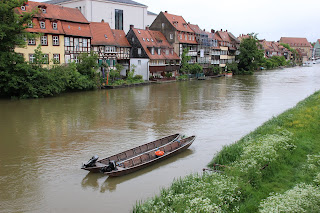 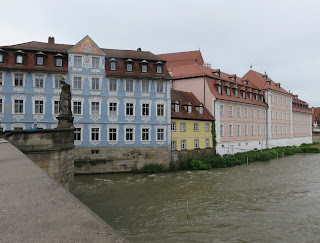 Statue of Queen Kunigunde standing in front of Wedgwood House.
The house is the birthplace of Joseph Heller, a local businessman, historian and art collector. 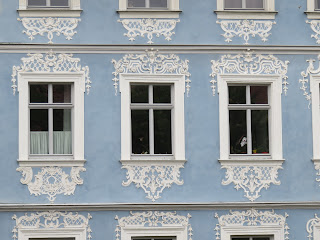 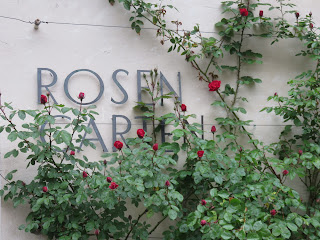 The Rose Garden, standing in front of the State Library is planted with over 4500 bushes. 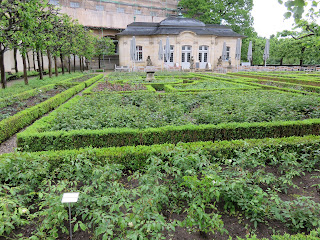 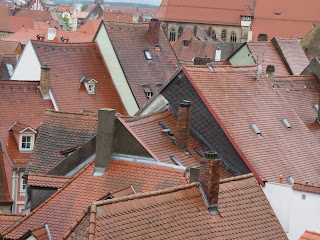 The roofs are covered in beautiful scallop shaped tiles. 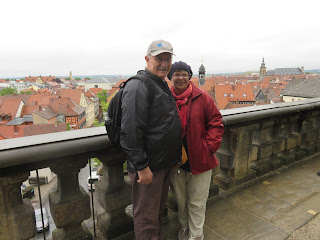 The weather has been hovering between 14 and 19 degrees with some sun and intermittent rain.
Apparently very unseasonable for this time of the year!!! 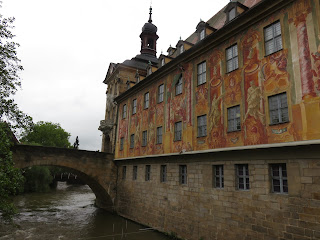 Frescoes on the Old City Hall. 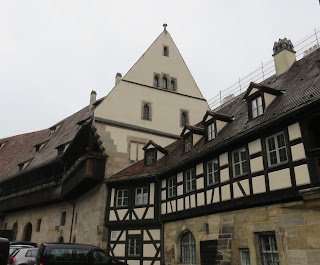 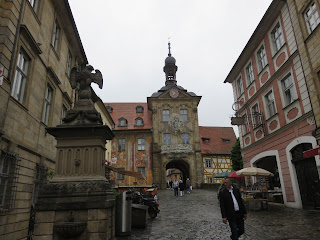 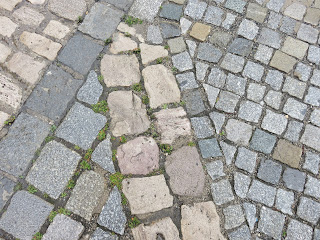 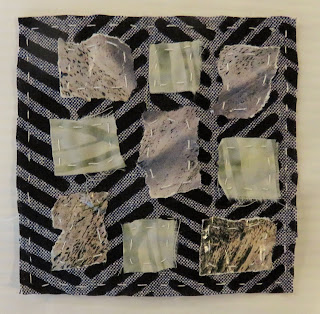