Along the Rhine to Cologne

Castles along the Rhine River are either derelict or have been restored for commercial functions. 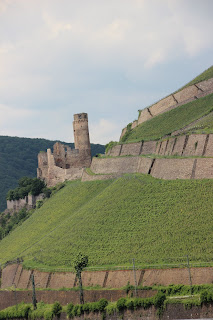 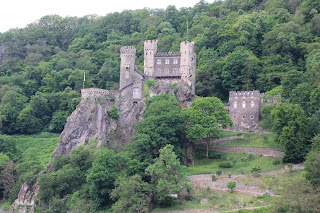 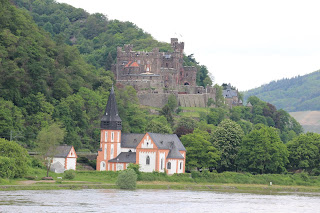 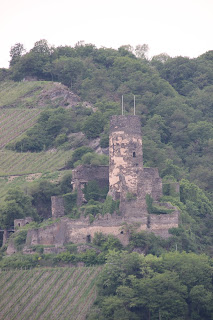 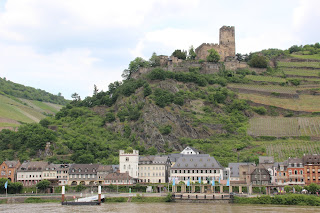 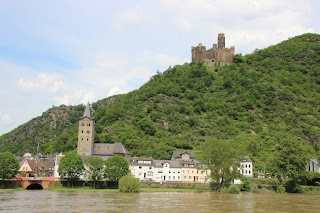 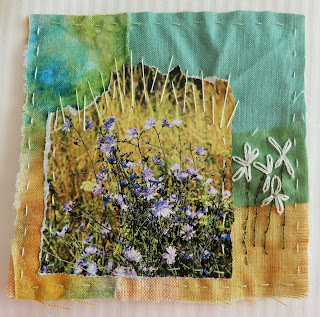 SM 144
The wildflowers along the river are in abundance. 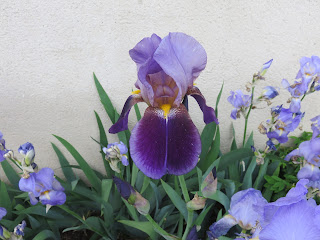 The tulips are finished in most places, hopefully I will still see them in the Netherlands but the iris are flowering.

We arrived overnight into Cologne and from first sight, it was noted that it is not the cleanest of cities, yet compared to others it is extremely modern. I noted this just from the flat paving. 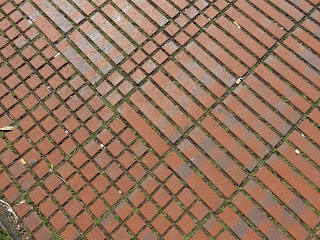 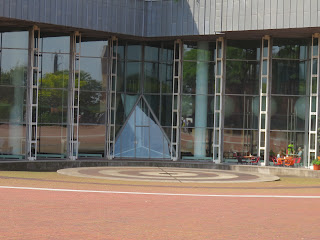 Beneath the circular paved area houses the Cologne Concert Hall.
The city spends over 100,000 euros each year hiring security to keep the public off the paving. The walking over it adds a noise and echoes in the chamber which interferes with the acoustics. 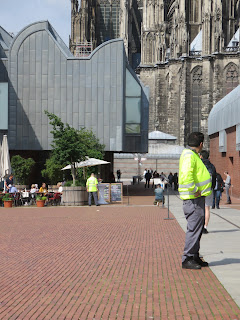 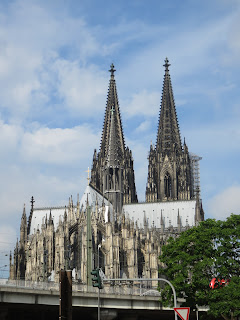 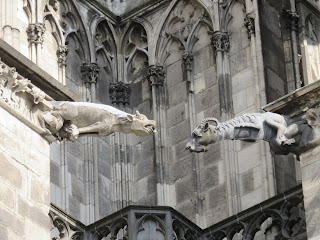 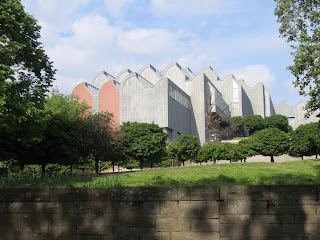 The Ludwig Museum houses a collection of modern art. It includes works from Pop Art, Abstract and Surrealism. Also has one of the largest Picasso collections in Europe with many works by Andy Warhol and Roy Lichtenstein. 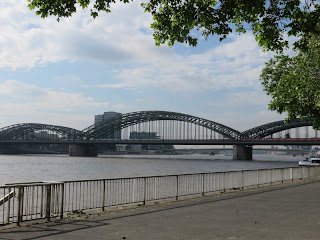 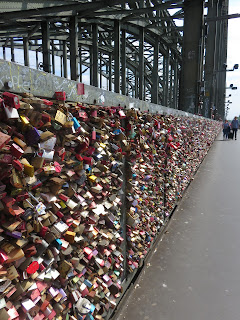 Sadly the bridge is covered with locks.
Many areas in Europe have banned this due to the combined weight of them and the damage it is doing to the bridges.