Our morning spent wandering and taking in the sights. 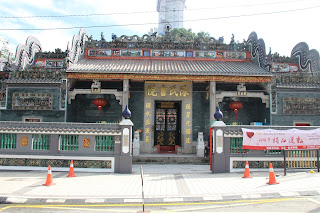 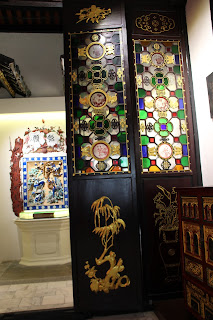 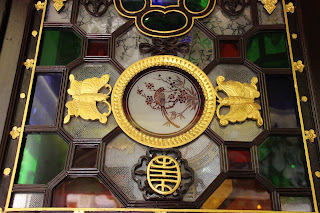 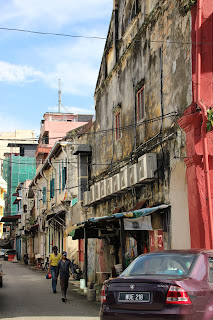 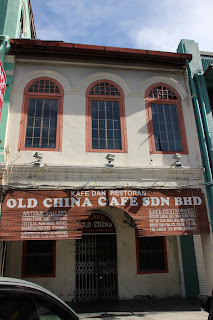 Built on the premises of the old guild hall of the Selangor & Federal Territory Laundry Assoc.
The cafe serves Southeast Asian cuisine with the appreciation of fine tea and cultural practices associated with drinking it. 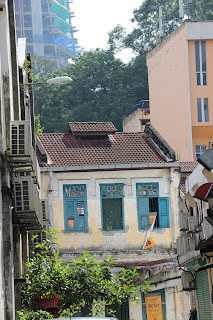 Around the corner was a Hindu temple. 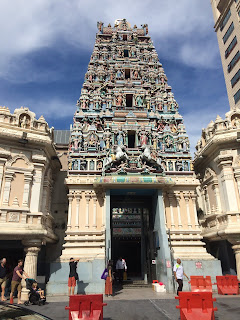 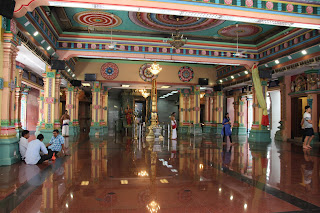 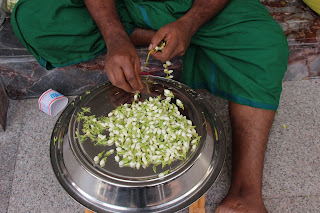 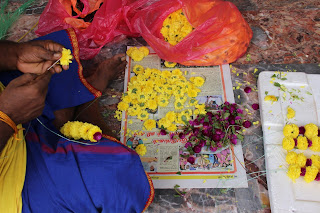 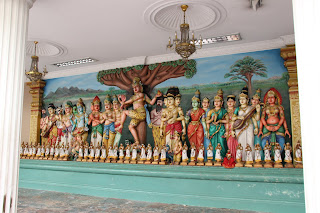 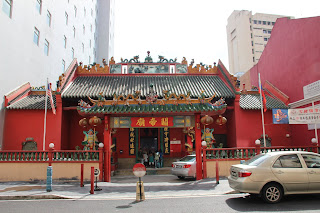 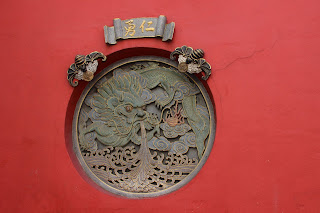 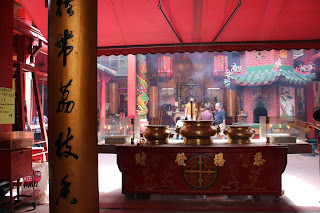 Incense stick burners in front of the main alter. 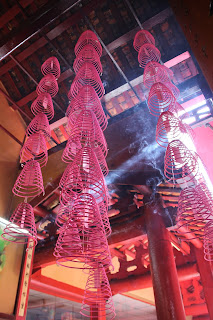 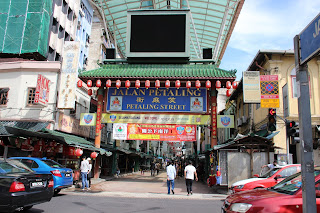 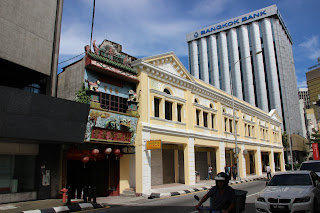 Sze Ya Temple
Designed according to Chinese principles of Feng Shui, it was built in isolation and not in alignment with other buildings around it. 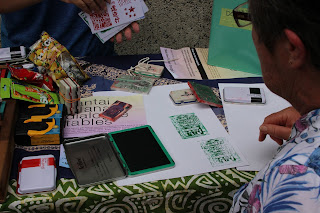 An artisans market, with proceeds going to a children's foundation.
Andrew was selling postcards that you could stamp with hand carved stamps.
He told me that he studied for his Phd in media at Melbourne Uni for 5 years. 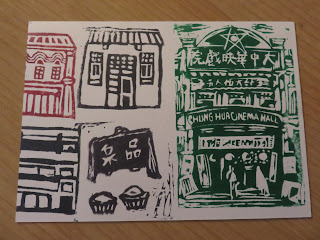 I bought one and chose images of Chinatown. 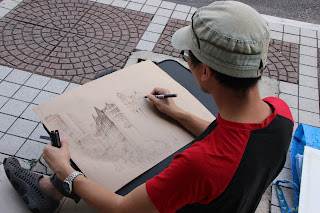 Around the corner found these men sketching and painting one of the buildings.
Beautiful work and a lovely chat. 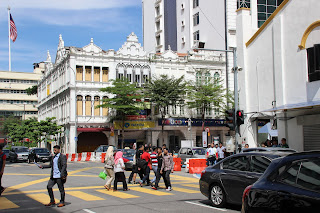 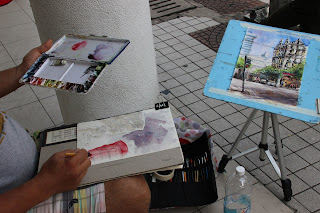 Posted by jacaranda at 8:35 PM