We left early to head to Rochester where another Art Silo adorns the town.
2.5 hours with very little traffic but returning home hit the convoy of utes that had attended the Ute Muster at Denniliquin. We branched off towards Bendigo and bypassed them. 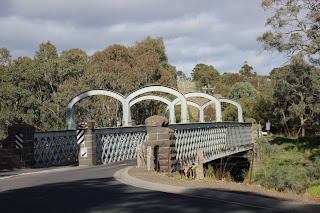 The Redesdale Bridge is one of the oldest iron lattice-truss bridges in Victoria.
Wrought iron and timber with bluestone abutments, located over the Campaspe River. 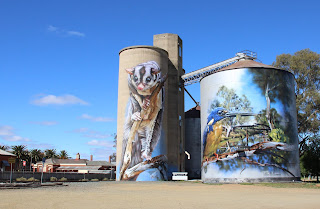 Jimmy DVate is a Melbourne based artist and graphic designer.
He has created works of art on street walls across Australia and Europe.
He is known for his striking renditions of endangered animals across Australia. 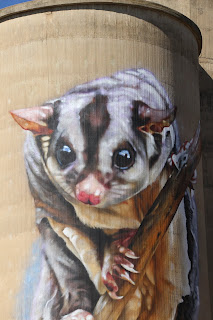 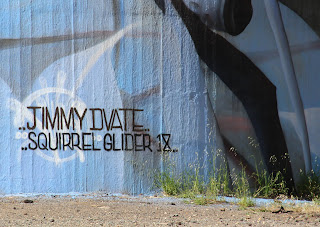 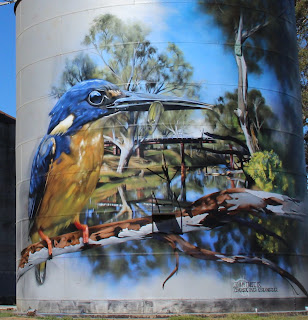 The artwork shows the bird feasting on a golden perch, snatched from the Campaspe river that runs just metres from the base of the silo. 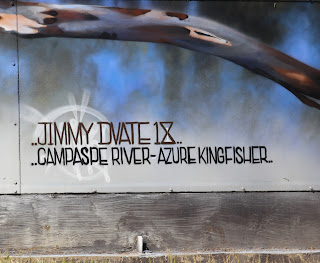 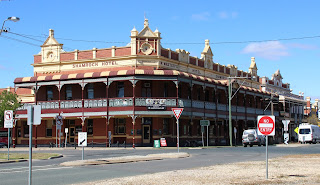 The local Shamrock Hotel, a beautiful piece of architecture. 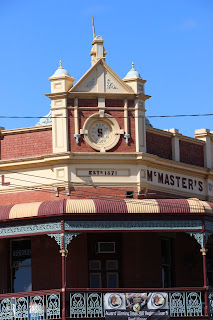 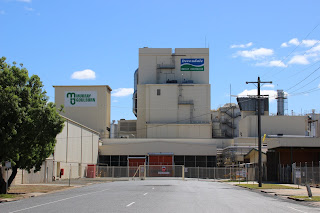 Nearby is the dormant Murray Goulburn factory, which closed it's doors for the final time in January. It left 100 people jobless. There was the push for the silo artwork to join the Silo Art Trail, which has bought in many tourists and financial aid to the town. 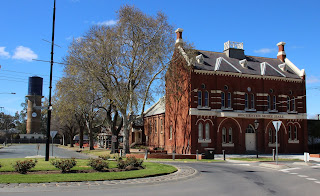 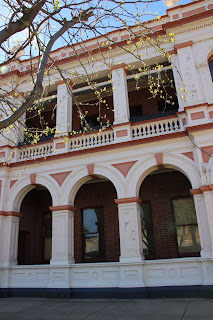 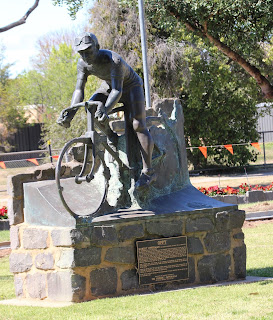 The statue commemorates Australian cyclist and politician Sir Hubert Opperman, born in Rochetser 1904 - 1996. He held more than 100 distance cycling records, including the Australian Road Cycling titles in 1924, 1926, 1927 and 1929. 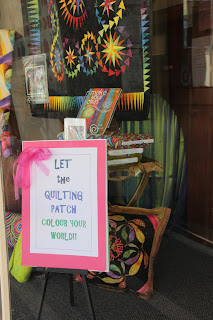 The quilt shop in Rochester. 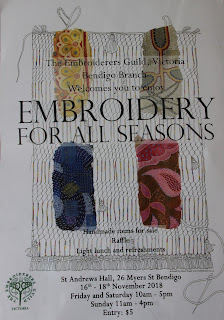 Posted by jacaranda at 4:03 PM