We saw a segment on Gardening Australia a few weeks ago on the Platform that has been converted into a community area and garden.
Caught the train over the Harbour Bridge to Waverton, (4 stops from Tow Hall Station ) then a 10 minute walk.
It was first a place of physical and spiritual sustenance for Aboriginal Australians. The Cammeraygal people lived on the peninsula for thousands of years. Evidence of their presence, in the form of a large rock carving, still survives at the site, which  was protected and celebrated as central element of the newly-built Coal Loader Centre for Sustainability.
The Coal Loader, itself, is a former industrial site that operated from the early 1920s to the early 1990s. It functioned primarily as a transfer depot for coal from bulk carriers to smaller coal-fired vessels. Some coal was also distributed to the local market by road transport. 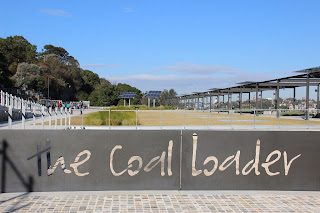 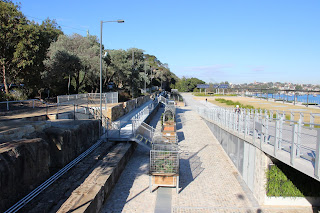 Running the full length of the platform are community beds for the locals to hire and plant their gardens. 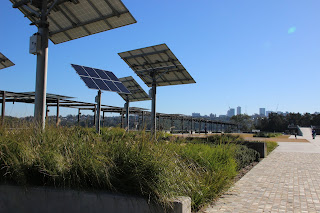 There are grills in the platform for the rainwater and all the lighting is solar powered. 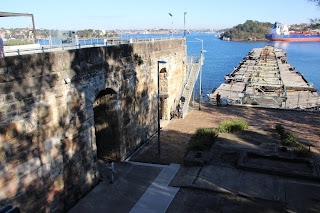 The water tanks are stores in the tunnels below the platform. The tunnels were where the coal trains ran. All the gardens are watered using the stored water here. 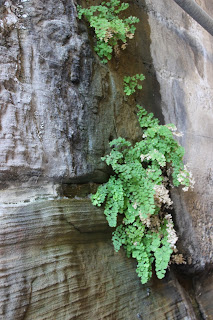 Through the tunnels, beautiful wild maiden hair ferns were growing from the sandstone walls. 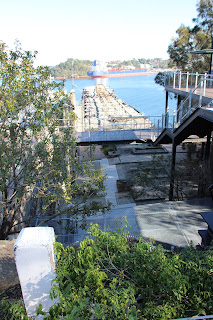 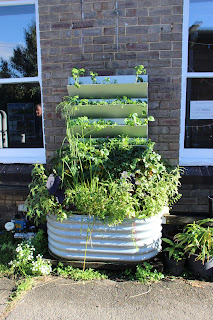 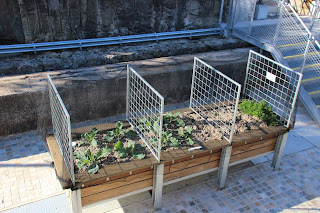 The gardeners have access to these water sinks and covered platforms for the gardening. 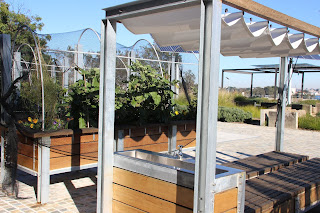 Posted by jacaranda at 9:47 AM