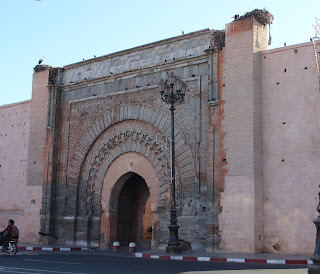 Bab Aganou is perhaps the most unique of Marrakech's 19 gates and it's original function, as a royal entrance, is perhaps the reason for this. The corner-pieces are decorated with floral decorations extending around a shell and this ornamentation is framed by 3 panels, on which is an inscription from the Koran.
Built in the 12th century in the time of the Almohad dynasty, Bab Aganou was originally built in blue-grey stone from Gueliz. Nowadays it has become nearly as red as the ramparts that surround it, due to the desert sand brought in by the wind. 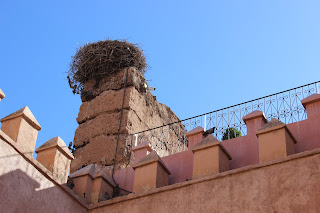 The storks use it for the building of their nests at this time of the year. 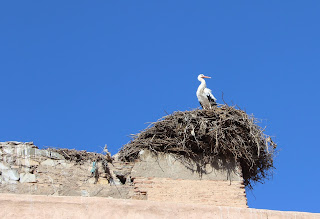 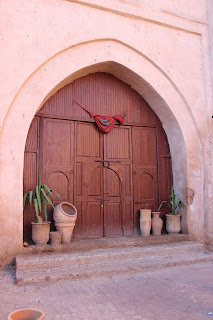 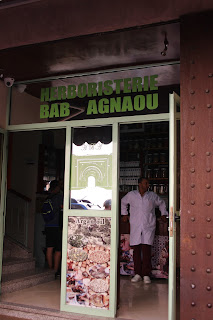 We spent some time at the Herboristerie learning about 100% natural products.
I bought some, so will see how it all goes. It was fascinating. 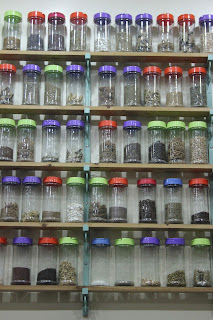 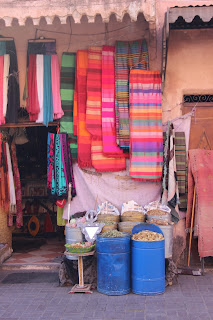 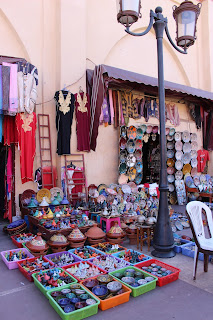 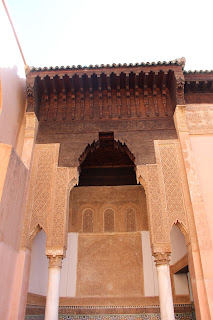 The Saadian Tombs were sealed up for centuries until their rediscovery in 1917.
The prestigious mausoleum is the room of the 12 columns. This room houses the tomb of Sultan
Ahmed El Manssour son. The ceilings of cedar and stucco are finely crafted and there are graves of Carrara marble. 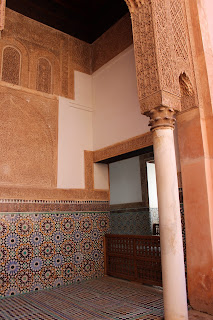 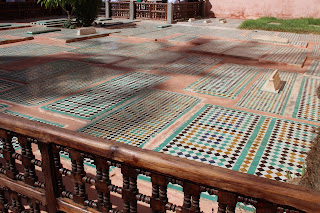 the tombs are magnificently decorated with colourful tiles, Arabic script and elaborate carvings. 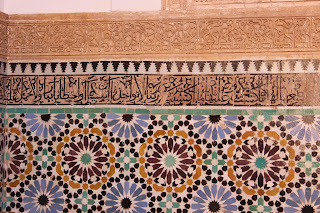 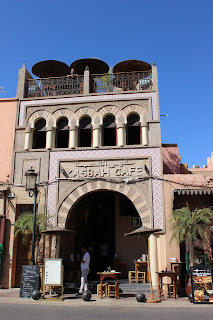 Posted by jacaranda at 3:36 AM