Visible from the nearby holy town of Moulay Idriss Zerhoune and from higher points throughout the valley, Volublisis is one of Morocco's best preserved Roman ruins located between the Imperial cities of Fez and Meknes, on a fertile plain surrounded  by wheat fields and olive groves.
Established before the Christian Era. 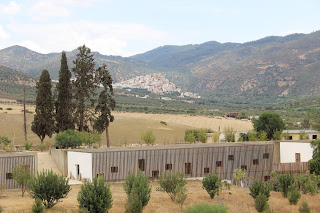 Overlooking hillside Moulay from the musuem. 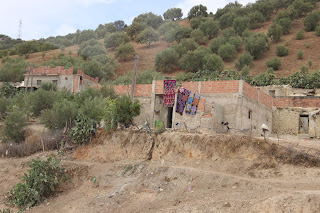 Many homes with colourful carpets airing and drying. 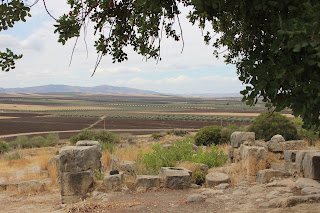 Overlooking the olive groves, native to this region. 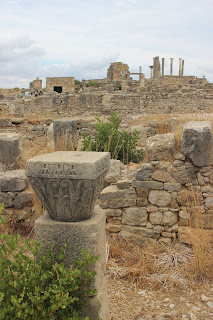 While the city continued to grow well into the second and third centuries AD, when the the majority of the buildings still visible were built, it is believed that the 42 hectare walled city was once home to 20,000 residents. With wealth generated from local olive production, many grand residences, complete with stunning mosaic tile work, were constructed as were public hammams, triumphal arches and parliament buildings. 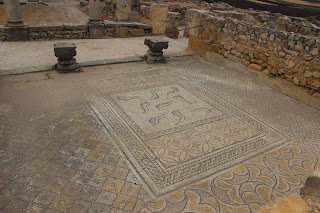 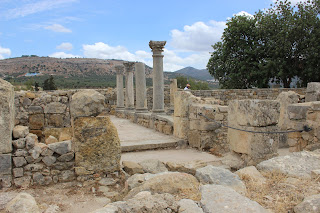 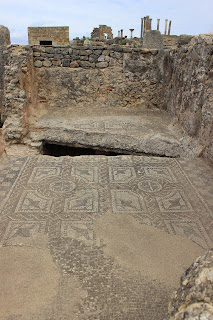 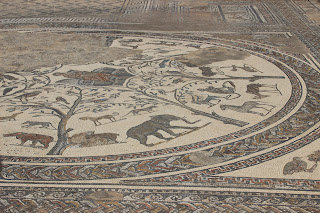 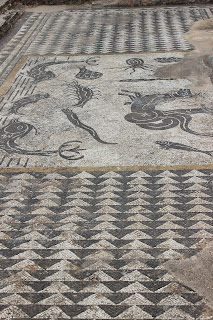 Flying Geese, been around for a long time!! 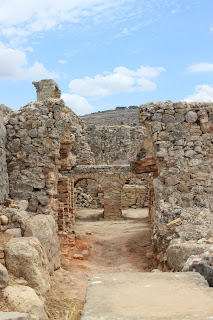 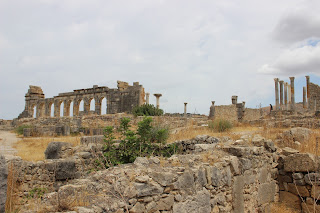 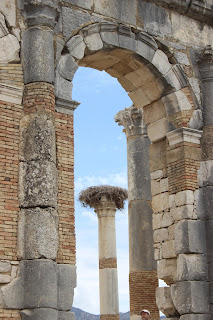 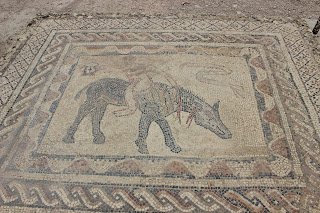 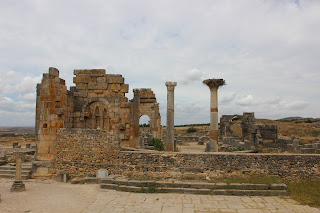 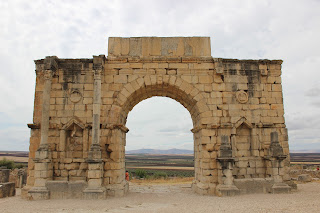 Posted by jacaranda at 4:18 PM