Rabat is a much nicer and cleaner city than Casablanca. 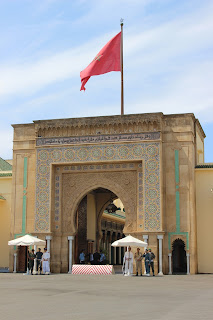 King Hassan's Palace entrance. He lives here with his one and only wife and 2 teenage children. 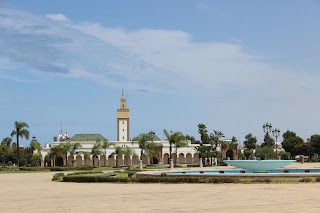 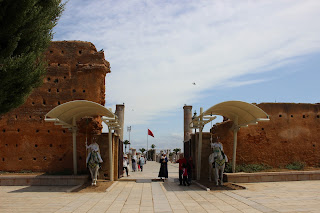 The Mausoleum of Mohammed V in Rabat is the grand tomb of one of Morocco’s kings and his two sons. Mohammed V was the sultan of Morocco for two periods - 1927 to 1953 and 1957 to 1961. In between these times he was exiled (1953-55), although he is now remembered for his contribution to the attainment of Morocco’s independence. 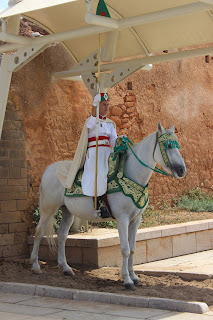 The guard and his horse remain in this position for 90 minutes, then change guard/horse.
Arabian horses. 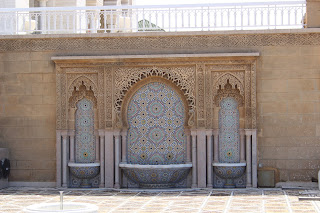 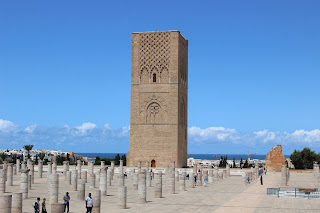 Le Tour Hassan (the Hassan Tower) was the towering minaret of the Hassan Mosque, which began construction in 1195 under the Almohad Yacoub el Mansour 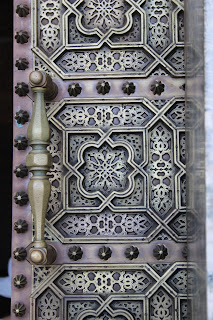 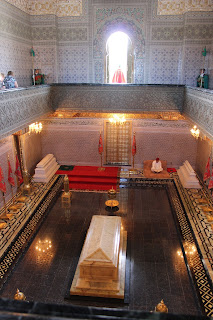 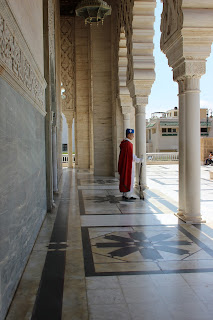 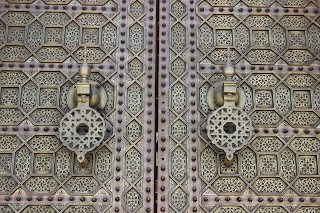 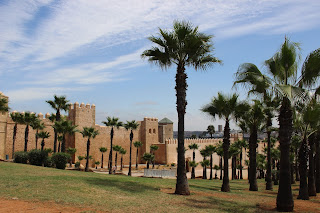 Walls of the Fortress. 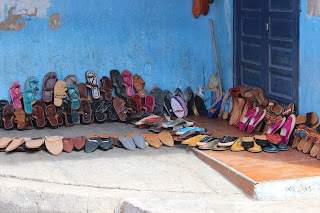 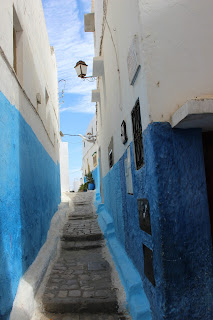 Whitewashed and blue houses within the fortress walls.
The blue colour is used as a deterrant to mosquitoes. 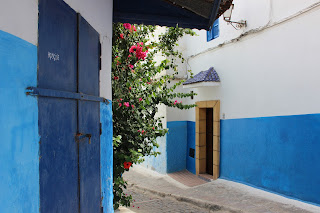 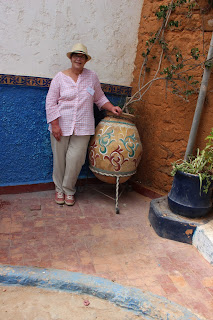 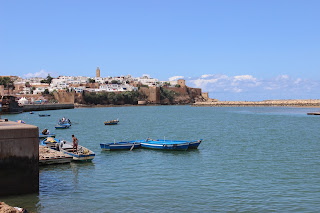 Lunch on the seaside below the Fortress. 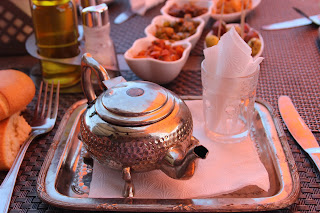 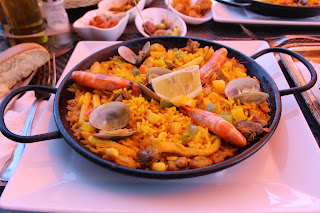 Paella, small the size of a dinner plate but too much to eat!!! 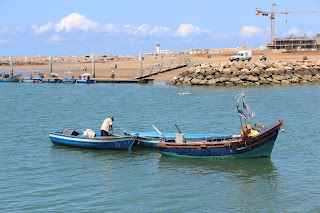 The fishermen in the waters off Sale (pronounced Sully))
Posted by jacaranda at 7:14 AM