Visited Leonardo Da Vinci's home of the last 3 years of his life in the village of Amboise.
Chateau du Clos Luce was built in 1471. He was invited to come and live in France at the age of 64 by King Francois I in 1516. Francois held Leonardo in high esteem, he appointed him "First painter, architect and engineer for the King." 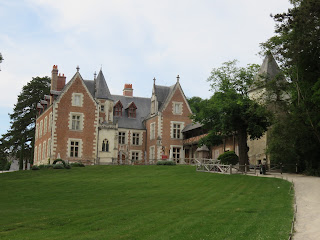 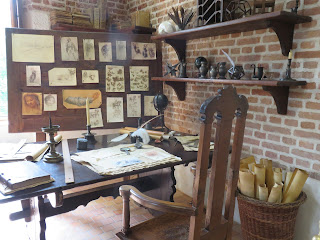 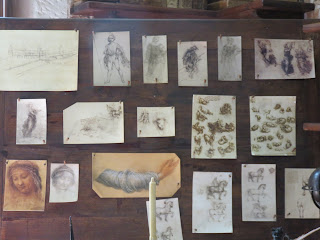 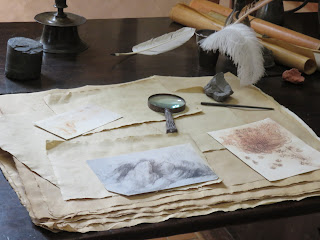 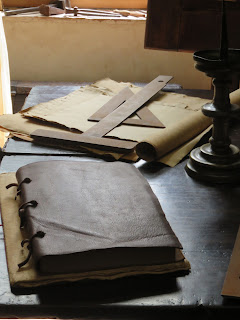 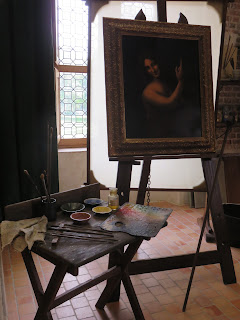 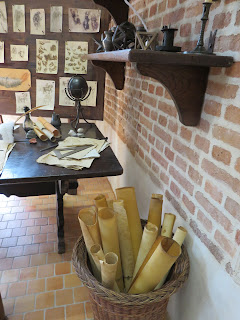 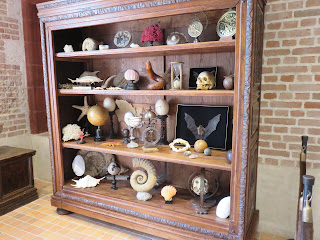 The scientific and naturalist cabinet, with his personal library, his manuscripts and codices, world maps, measuring instruments and fossils etc. 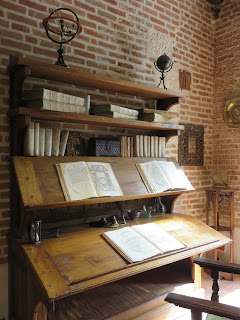 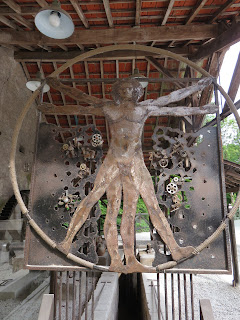 The Mechanics of Life. 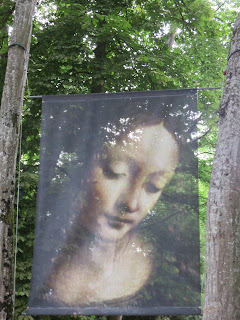 Although Leonardo completed few paintings, he left more than 6,000 sketches and drawings. 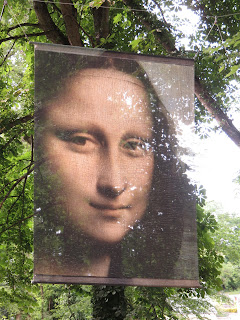 He brought with him from Rome, 3 of his favourite paintings in leather saddlebags. According to the account of the secretary of the Cardinal of Aragon on a visit to the Chateau, these included a painting of a  Florentine lady painted from life on the orders of the late Giuliano de Medici.
Mona Lisa was one of them, the other 2 were Virgin and Child with Saint Anne and Saint John the Baptist. 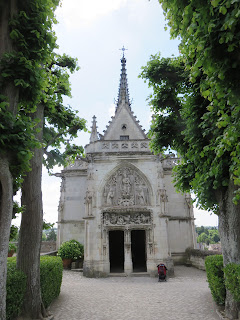 St Hubert Chapel where the tomb of Leonardo lies. 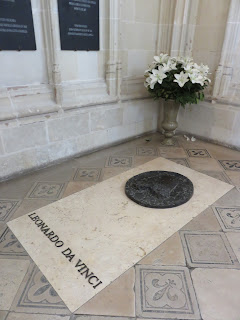 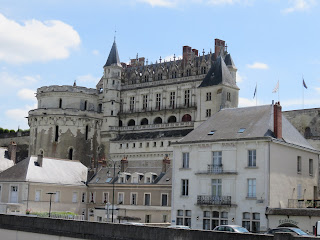 Chateau Royal, Amboise.
The King, Francois I ,granted him the privilege of being buried here in 1519. 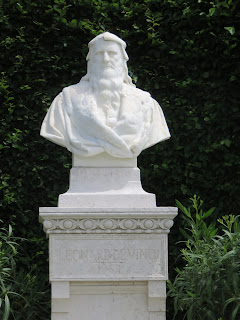 Posted by jacaranda at 5:58 AM