Just over 43km that takes you from the Auvergne Mountains to its confluence with the Garonne into the Gironde Estuary. 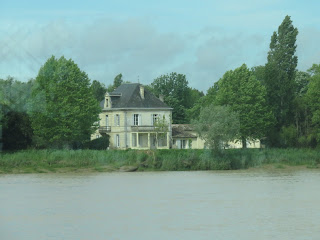 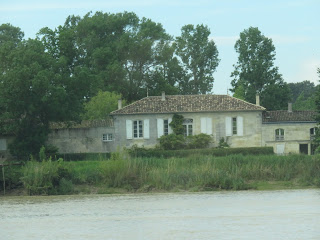 Homes along the river. 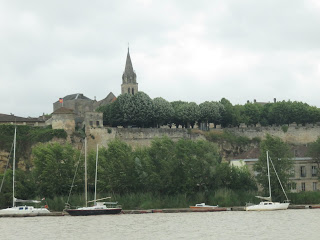 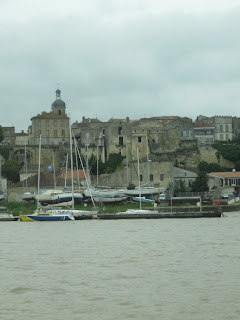 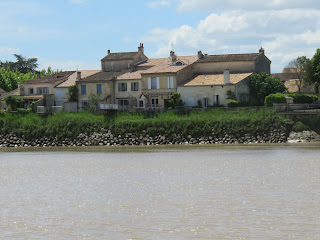 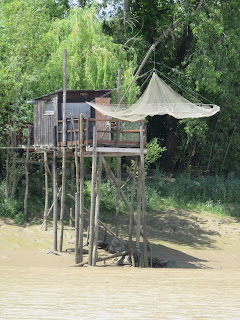 Fishing huts and nets on the side.
Not sure what they catch as the river is extremely muddy and they say the Yarra River is bad.
At one stage the Captain said the river depth was 50cm under the ship, tides play a huge part in this river. A gentleman was standing on the river edge shaking his fist, as the River Cruise boats are washing away the edges with the waves. 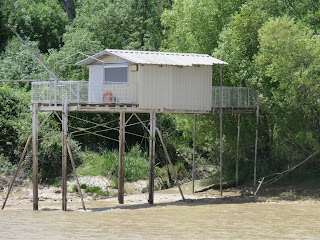 This part of France, compared to the Danube, Rhine and Moselle Rivers, there is not a lot to see on the banks. Mostly foliage. 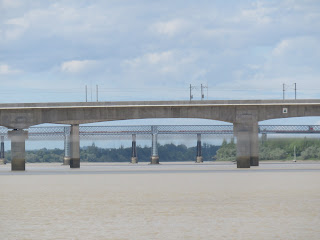 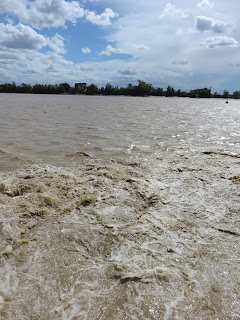 OOPPS....stuck in the mud, the engines are churning, late leaving a port due to passengers wandering off.