Beside the Seaside - Honfleur

Honfleur is the easternmost point of Cote' Fleurie at the start of the Seine River. 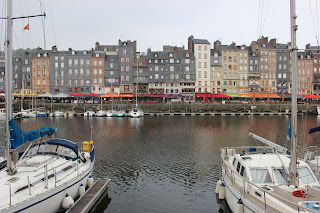 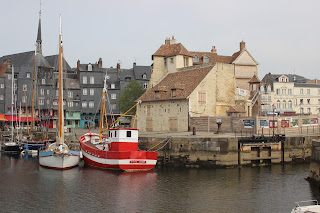 La Lieutenance, a former gateway that was part of the 16th century house of the City Governor. 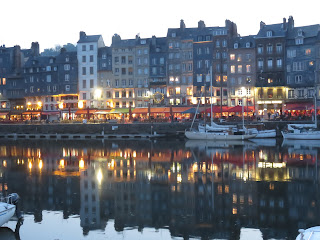 Reflections in the night. 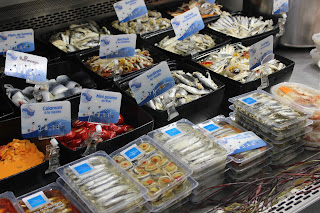 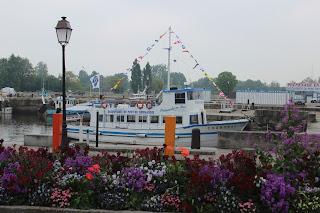 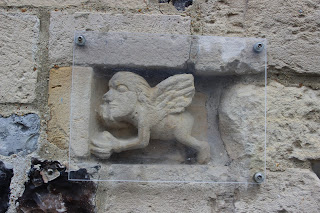 This stone figure was found buried deep in the wall when they tried to demolish the building. 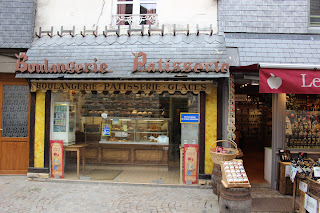 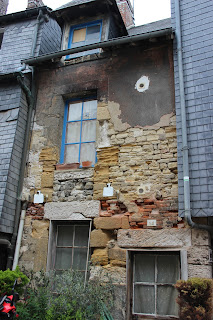 Interesting facade of this house. 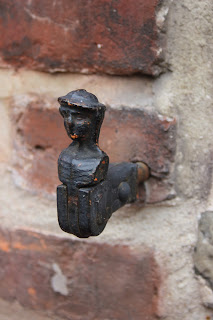 Figurines inserted into the wall to hold back the shutters on the windows. 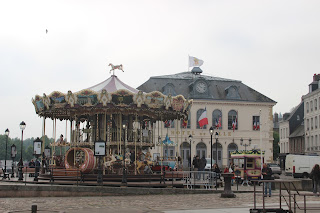 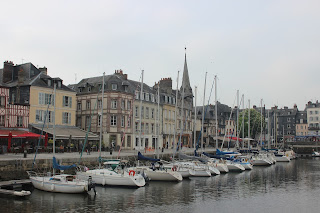 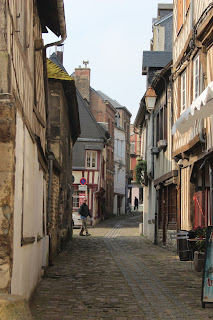 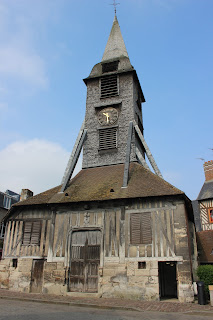 Bell Tower on the Church of St Catherine.
500 year old wooden church. The vaulting of the interior has the appearance of an inverted ship's keel resting on oak columns. 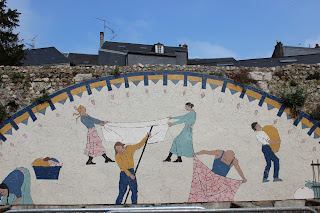 Le Jardin du Tripot
This garden was developed on the site of an ancient fabric dying business. 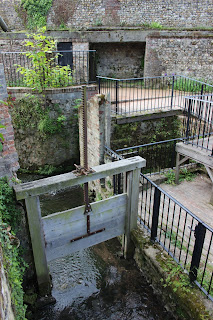 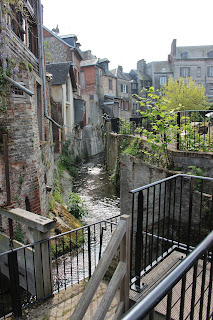 The dyes from the fabric were washed down the little drains and out to sea.
The small brown box hanging over the creek was a toilet. 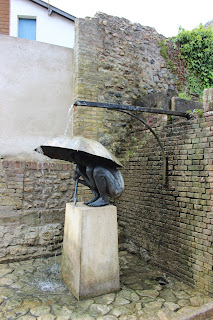 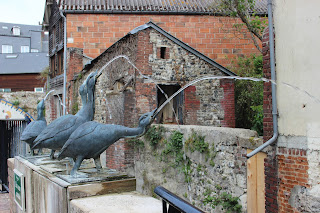 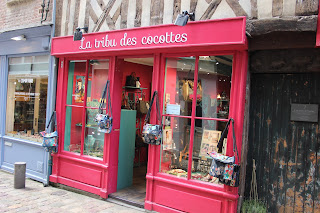 Thank you Pam for posting the photo of this little shop,
I added to the local economy using a Mothers' Day gift, thank you Emma. 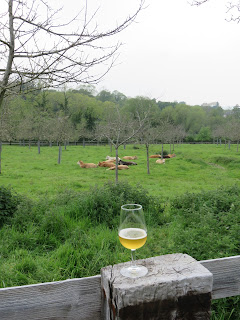 Early evening we visited an apple orchard and farm for a tasting of sparkling apple cider. 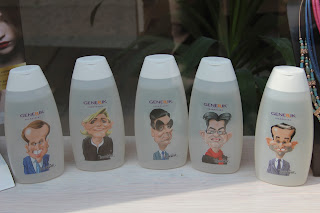 Passed a local hairdresser and saw these bottles of shampoo with the characters of the French Candidates for the elections, which is tomorrow.

Posted by jacaranda at 3:11 PM