The Red Line stopped at the United Nations Memorial Cemetery. 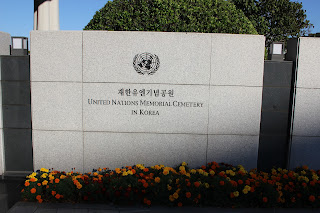 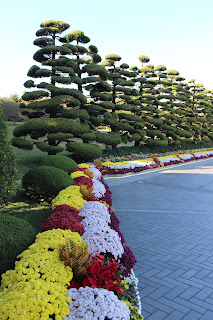 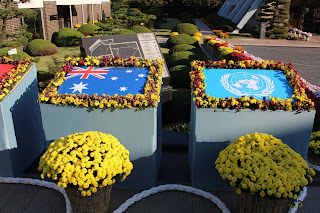 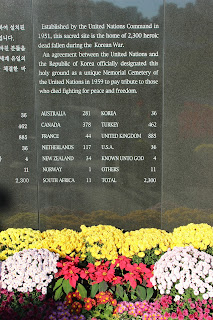 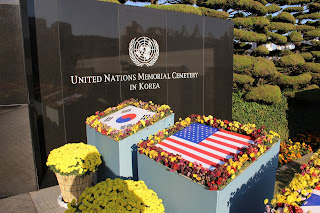 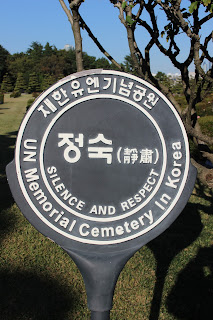 I was upset, even though keep off the grass signs were everywhere, a few Chinese tourists were jumping over the Australian Headstones to pose for photos. I had to stop myself from going up to them and saying "you are showing disrespect to our War Dead". 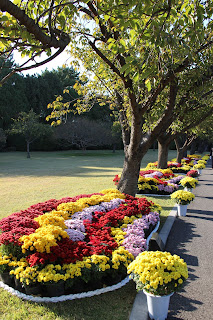 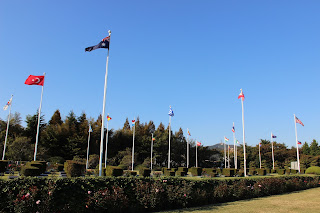 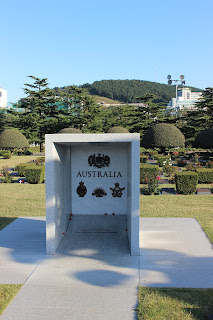 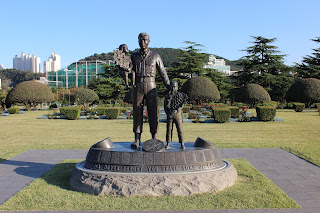 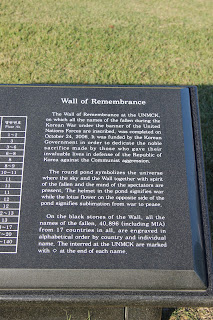 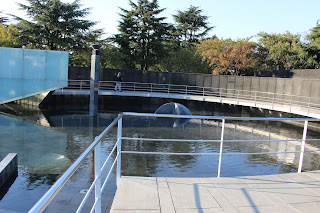 The round pond signifies the Universe and the reflection on the pond represents the sky, the fallen and the beholders of the pond becoming united as One. 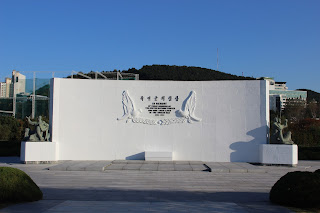 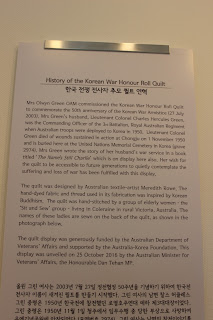 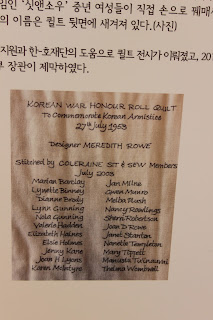 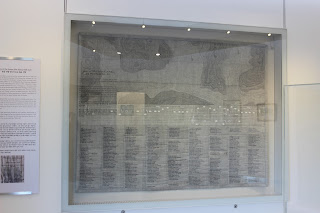 The quilt honours those Australian servicemen who lost their lives defending the freedom of the Republic of Korea during 1950-1953 war.
The upper panel represents the topography of the Gapyeong Valley, site of the intense battle involving the 3rd Battalion Royal Australian Regiment.
The middle panel shows musical notes of a refrain from the Last Post.
The lower panel list 340 Australian soldiers who lost their lives. 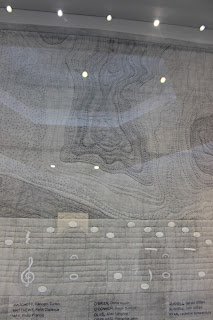 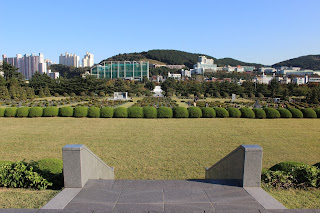