The Smell of the Ocean and Fresh Air

Our Sunday drive took us along the Hamilton Highway, west to Mortlake.
A 3rd Birthday party for "Sophie Emma" was attended, while John and I drove to Port Fairy and Warrnambool for lunch. 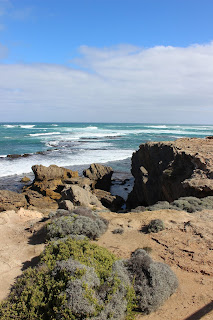 I often forget that Warrnambool is on the edge of Australia,
head south and eventually you hit Antarctica. 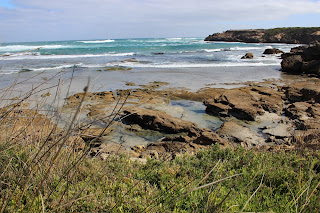 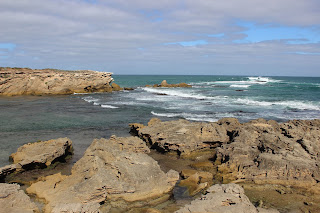 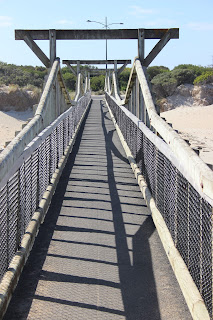 Crossed the bridge to walk the coast line. 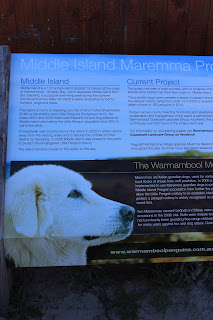 Middle Island has a colony of penguins, the film "Oddball" was made as a tribute to Oddball, the Italian Maremma breed of dog, who protected the penguins. 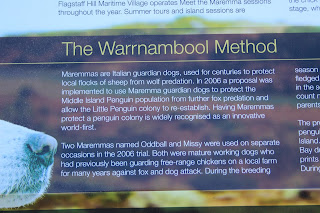 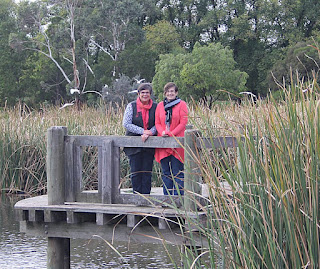 Stopped off at Mortlake to wander around the lake, a break from 2 hours of driving. 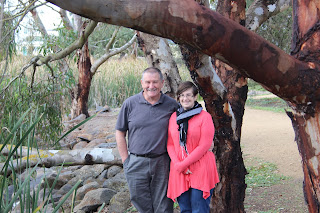 It was quite cold and windy, but a certain person in the family does not feel the chill. 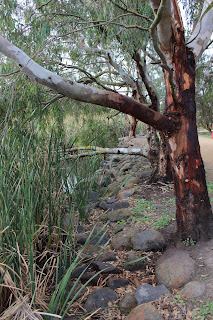 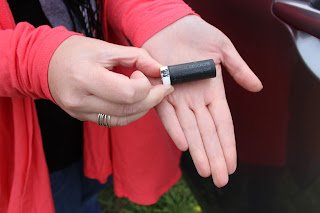 On the way we checked out the World Wide game of Geocaching.
The app has to be downloaded and throughout countries in the world, caches have been hidden.
We found 8 on the Hamilton Highway.
It is a form of hide and seek. You are given a hint with co-ordinates, when the cache is found, sign your name on the paper inside the cache and register that find. Anyone can order a cache and hide it. We have many in Werribee. 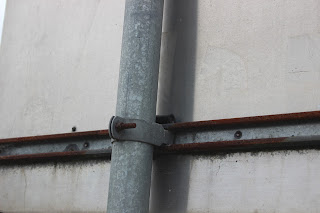 This one was found tucked in behind the Fire Warning sign. Magnets are attached to the cache.
Some followers have found 4,000 plus. They can be in buildings, road signs, up trees etc.
The one we found at Lismore was tucked into a capsule with a red Coco-cola cap, hidden in a dry-stone wall.
Posted by jacaranda at 8:52 AM