After a rest this afternoon we walked the neighbourhood, the snow had started to melt, the sun was out but the breeze still a little cool. 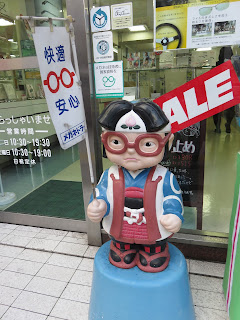 Outside the local optometrist. 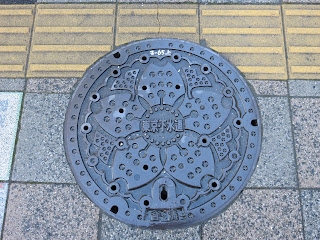 A manhole for Jeann. 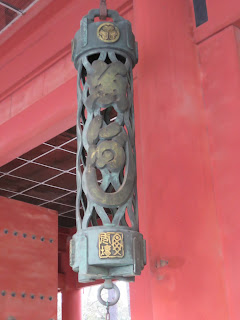 Decorative lamp at the temple. 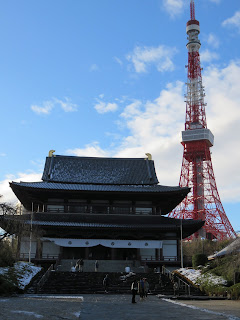 A few streets from out hotel is the Tokyo Tower and Zojoji temple.
The temple, founded in 1393 as a fundamental nembutsu seminary of the Jodoshu School in east Japan. 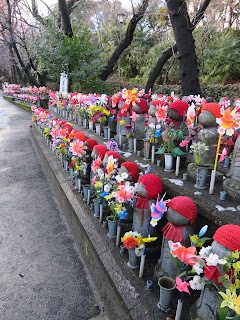 These memorials lined the edge of the gardens.  There is a reason for the red hats, described on Taniwa's blog, I will look it up and update my post. 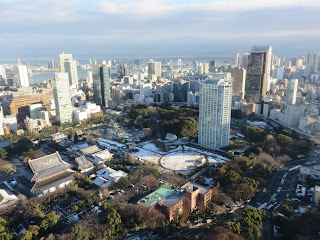 Overlooking the grounds of Zojoji Temple from the viewing deck of the Tokyo Tower. 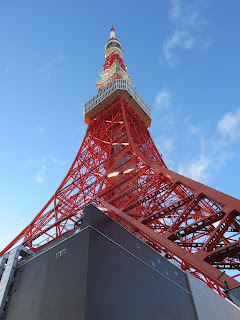 Built in 1958, the broadcasting tower is 333m high and the entire city of Tokyo can be viewed from it. On a clear day Mt Fuji can also be seen. We think we saw it in the distance poking out of some high cloud. The sky turned blue, compared to this morning, it was a welcome sight. 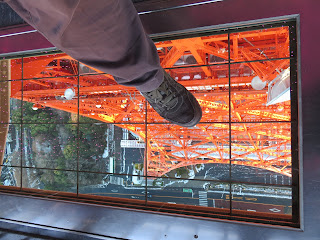 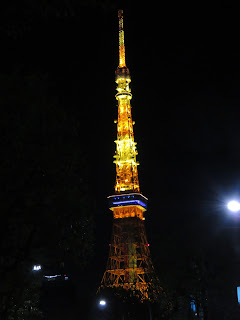 Illumination lights of the tower. 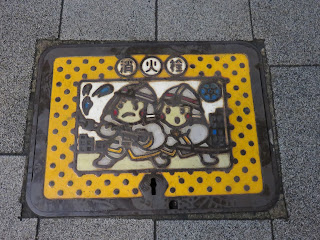 Another manhole, for the fire brigade to connect to a fire hydrant.﻿
Posted by jacaranda at 9:19 PM