Sashiko originated from the working class and remote communities. Due to the low social status of those communities, people's lives were restricted by law that only certain classes could wear cotton and bright coloured clothing.
Cotton was introduced into Japan in 15th century but was too expensive for the majority of citizens to afford. The blue indigo dye was hard wearing and was considered to repel insects and snakes.
A traditional art that was used to anchor layers of fabric together for warmth and strength. Worn mainly in farming and fishing communities. 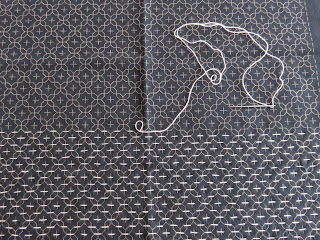 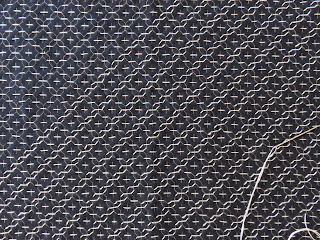 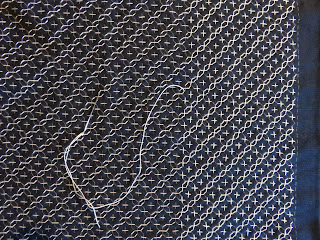 Pre-printed pattern to be used as a hand towel.
A Japanese lady always carries a small towel in her bag to dry her hands after the use of the bathroom.
In Japan, very few hand driers are found in the public bathrooms. 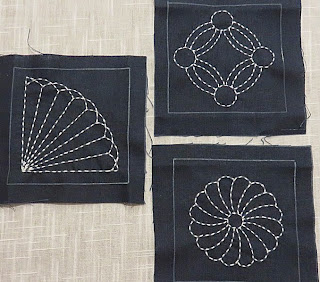 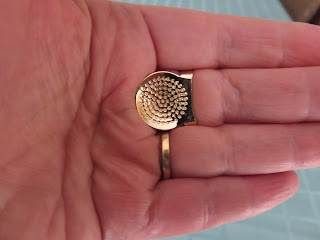 Trying to master the use of the thimble which is worn on the inside of the hand to push the needle along.
Posted by jacaranda at 7:22 AM