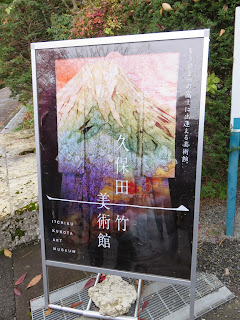 In 1994, a dyeing artist, Itchiku Kubota (1917-2003), built the museum on the edge of Lake Kawaguchi. It permanently exhibits his works with the 2 main themes of "trinity of humans, nature and art" and "the centre of new culture and art".
The "Symphony of Light" is the lifework of Itchiku and the final goal is to integrate 80 kimono works representing nature's "four seasons" and his own universe. 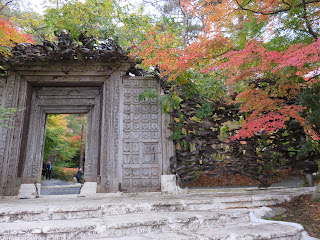 The front entrance of the Museum. 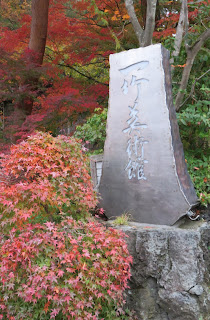 Currently 46 works including fall, winter, and several works of the universe, have been completed. 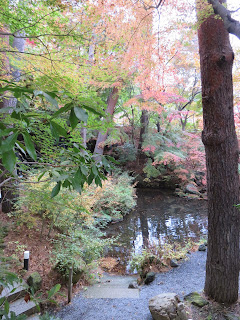 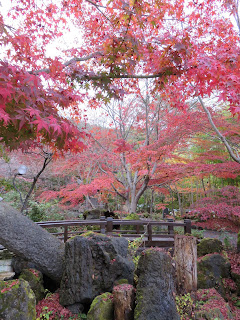 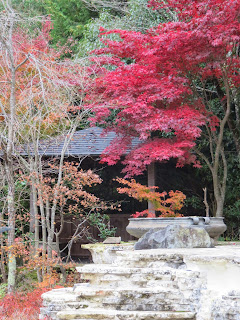 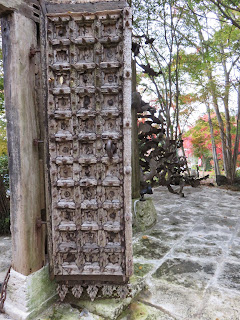 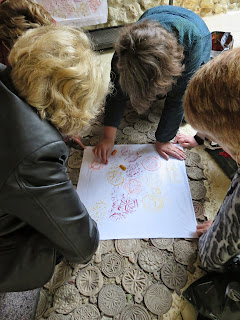 Lisa doing some rubbings on the ground. 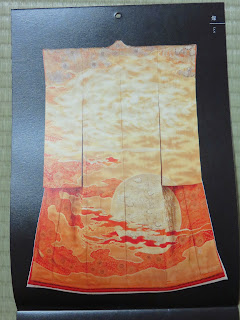 No photos of the kimonos were allowed so I took some of the calendar. 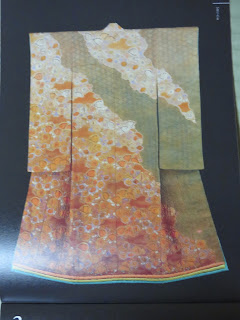 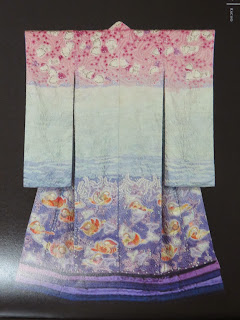 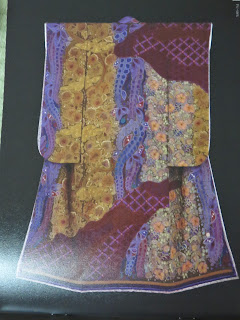 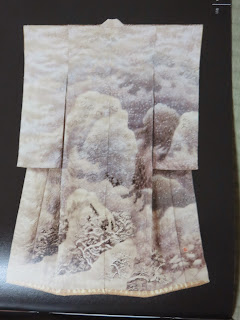