The bomb was dropped by a B24 bomber at 8.15am, 6 August, 1945.
Hiroshima was thought to have been the first choice because it was the only one of the four target cities without an Allied P-O-W camp. 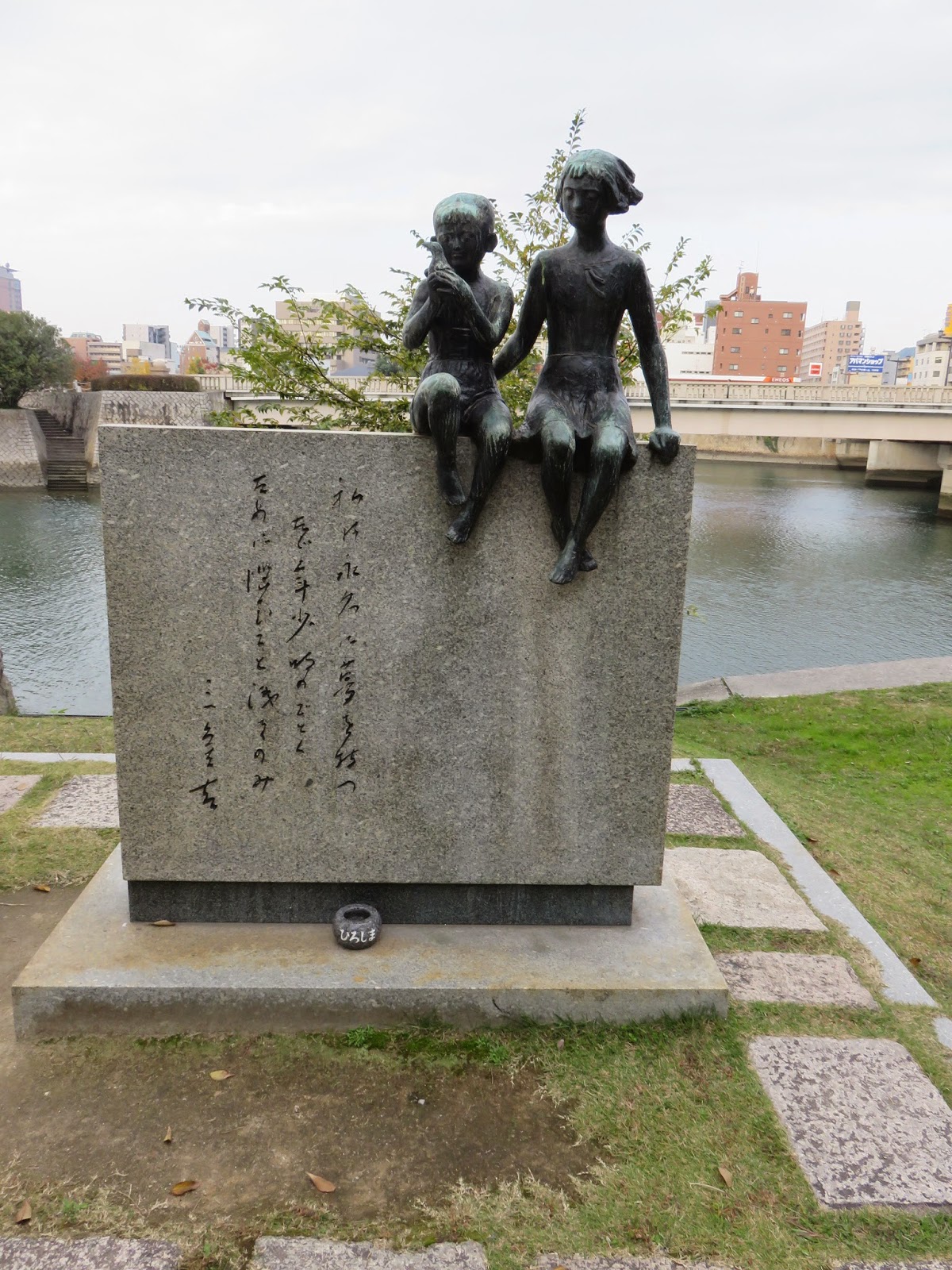 On the edge of the Motoyasu River 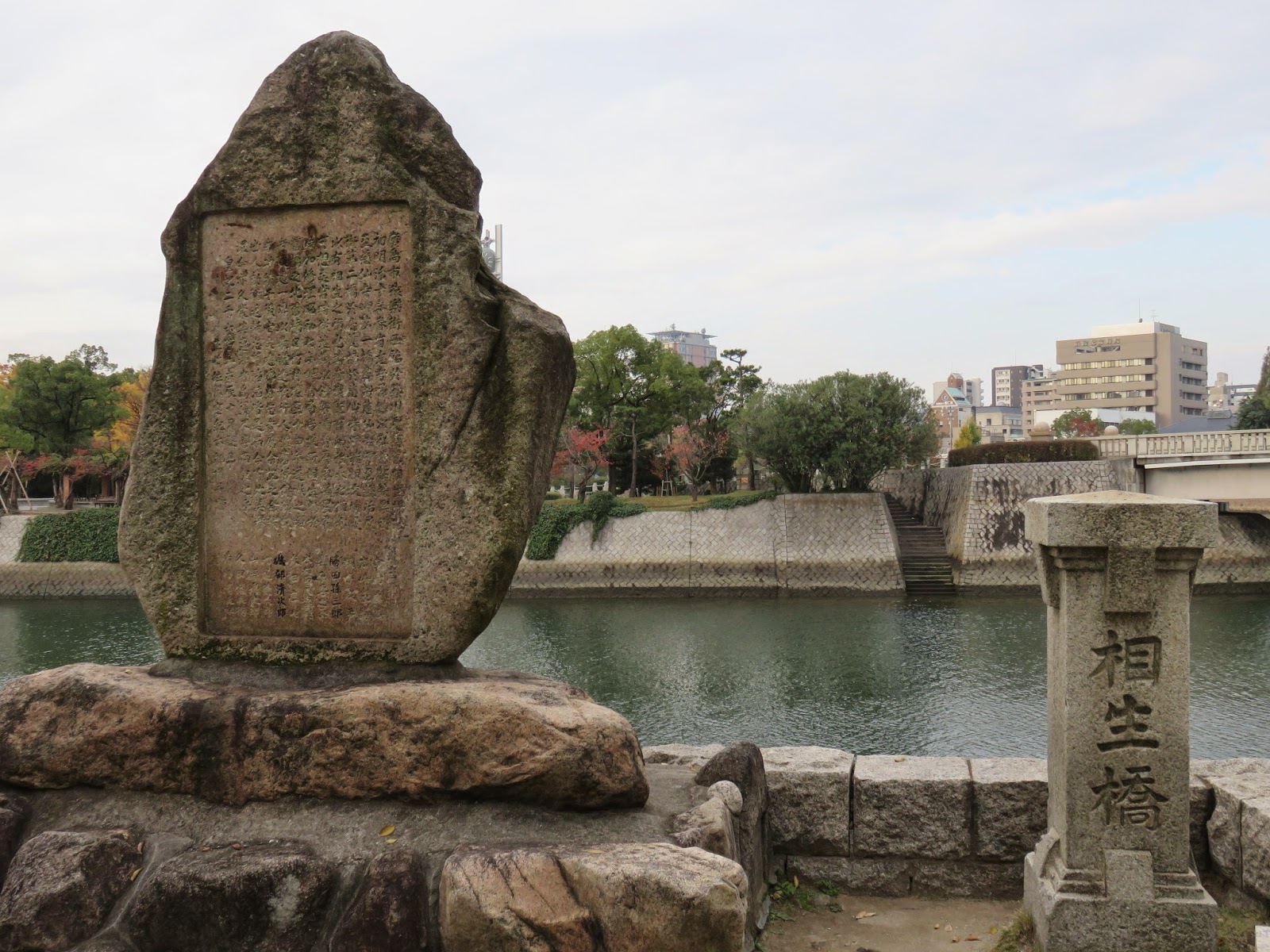 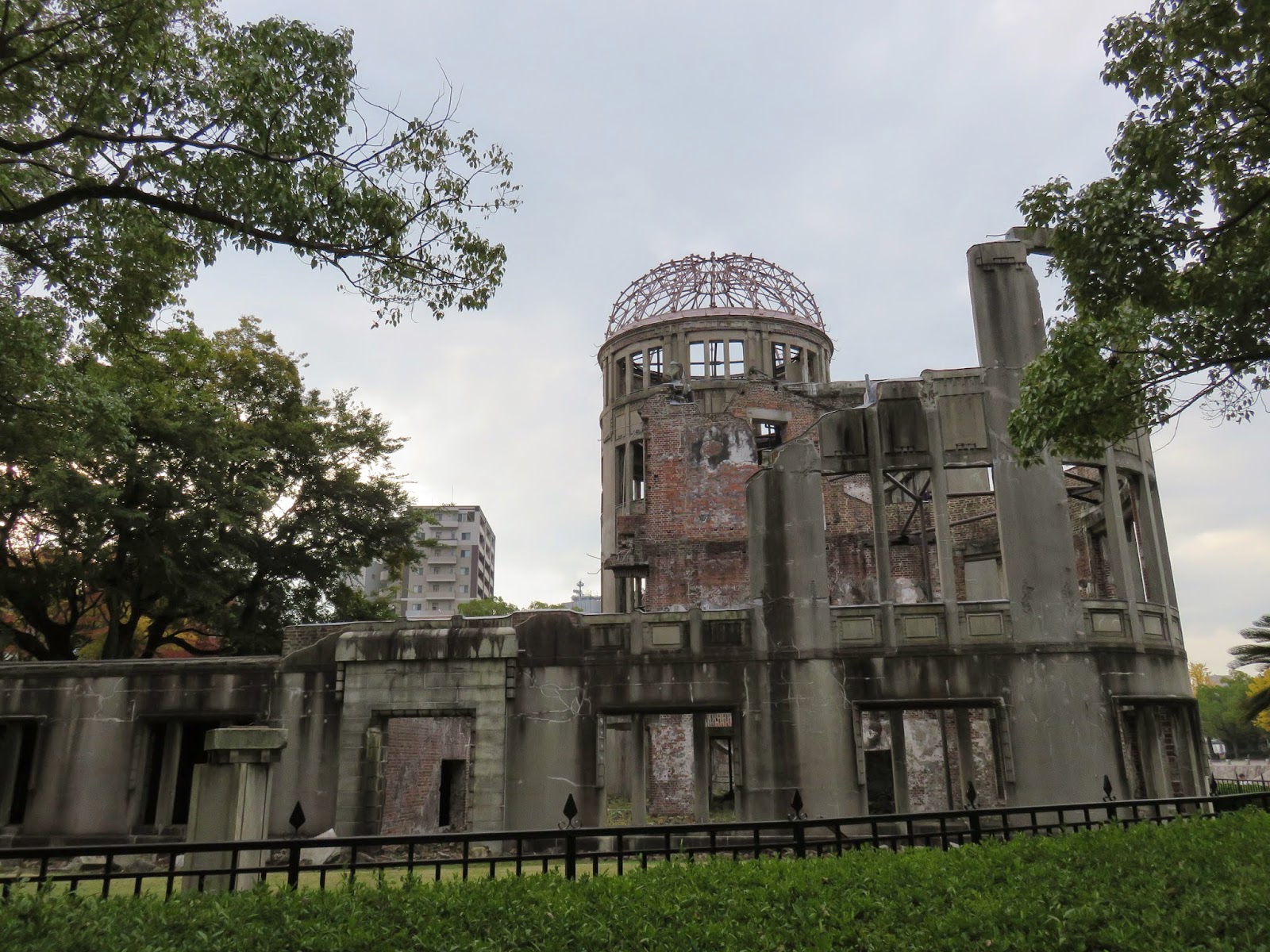 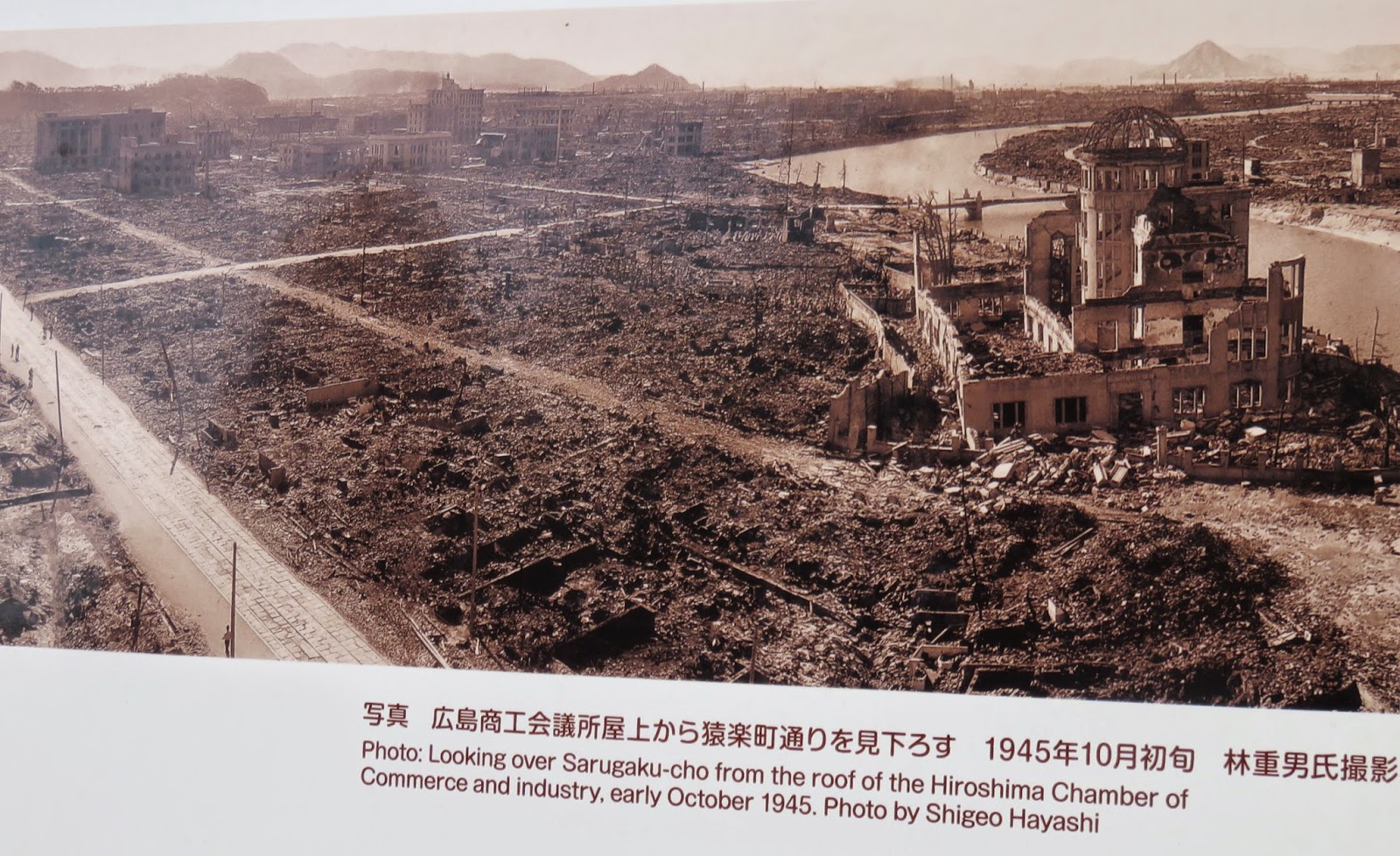 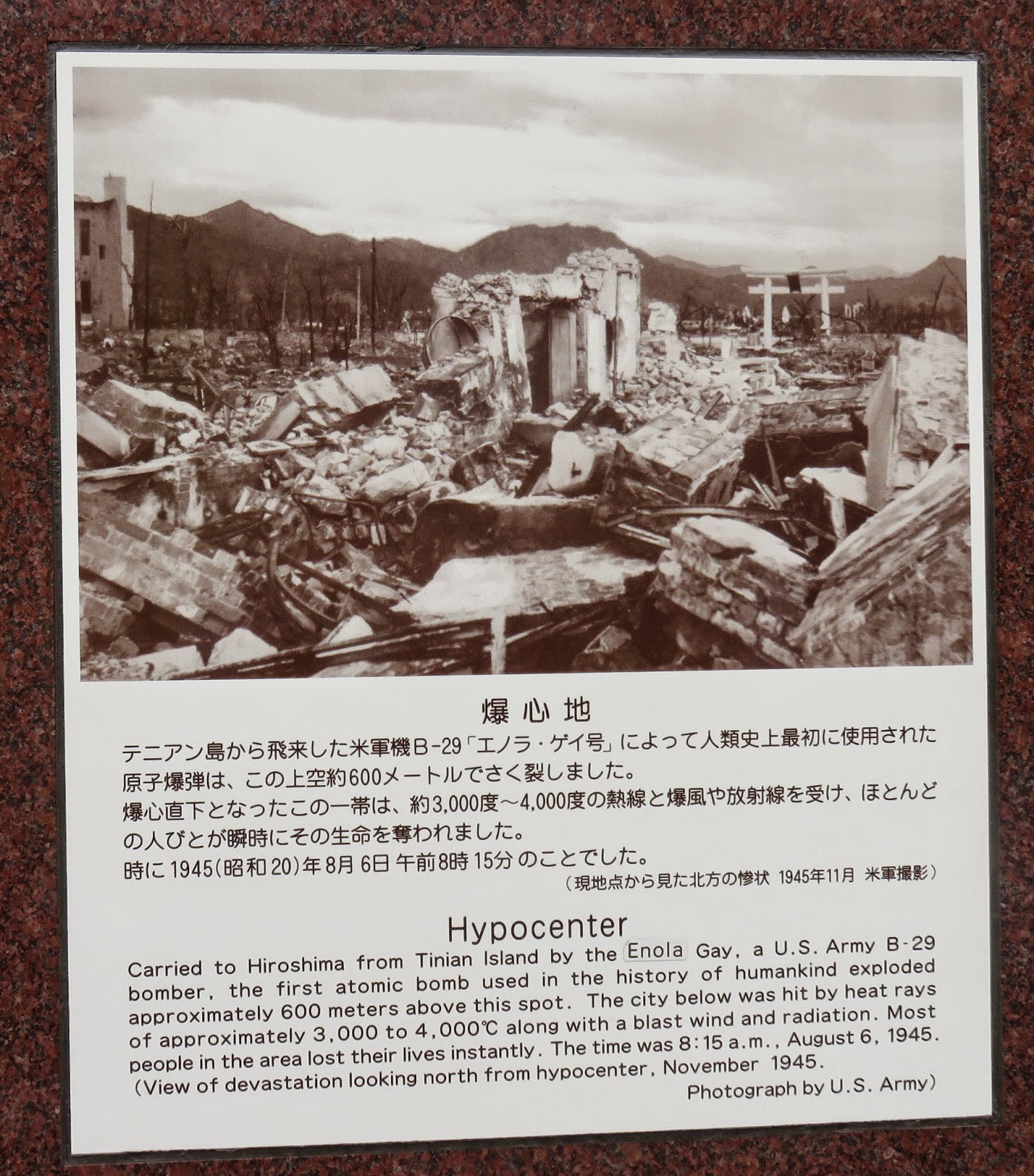 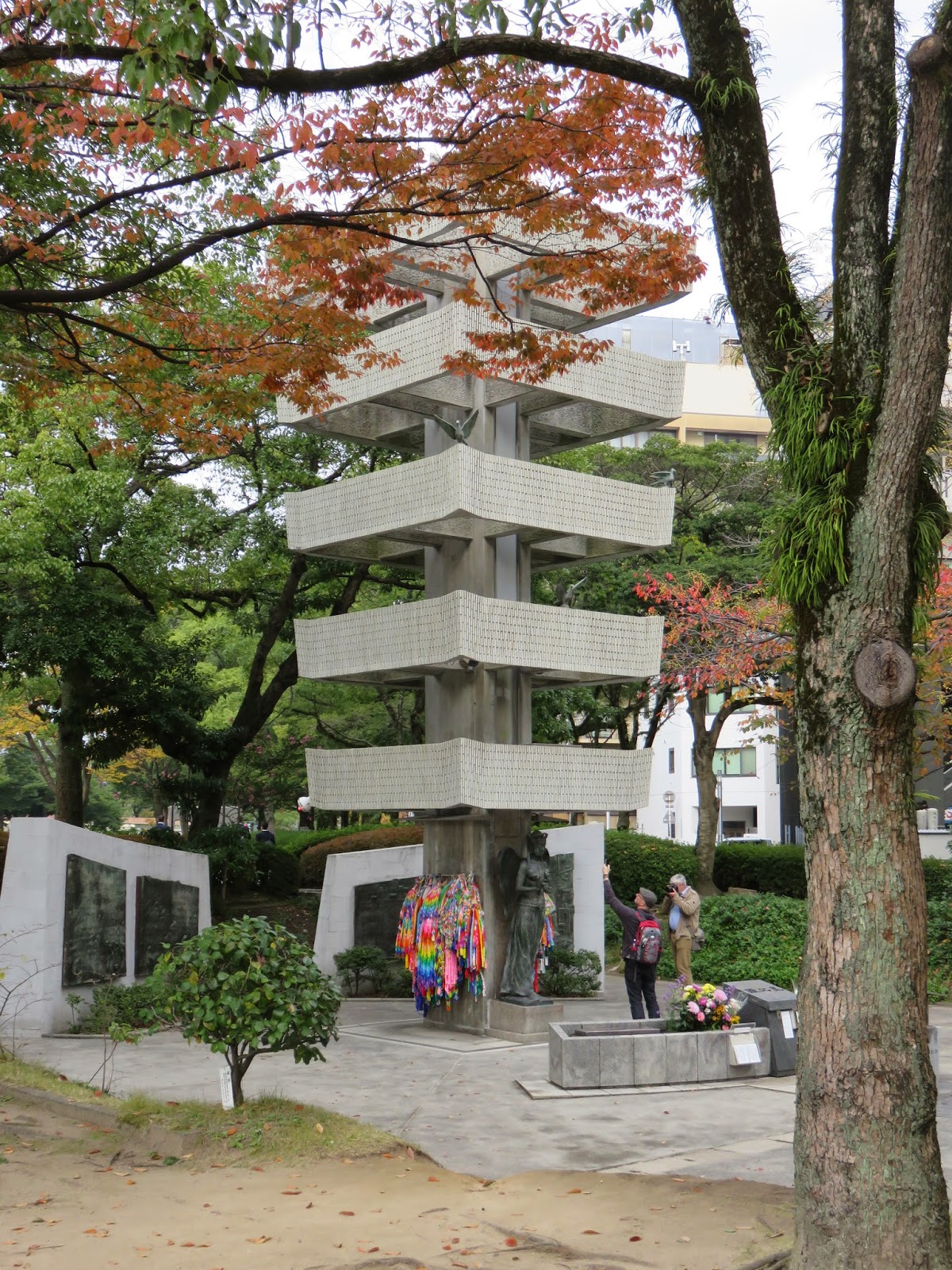 Memorial Tower to the Mobilized Students with paper cranes. 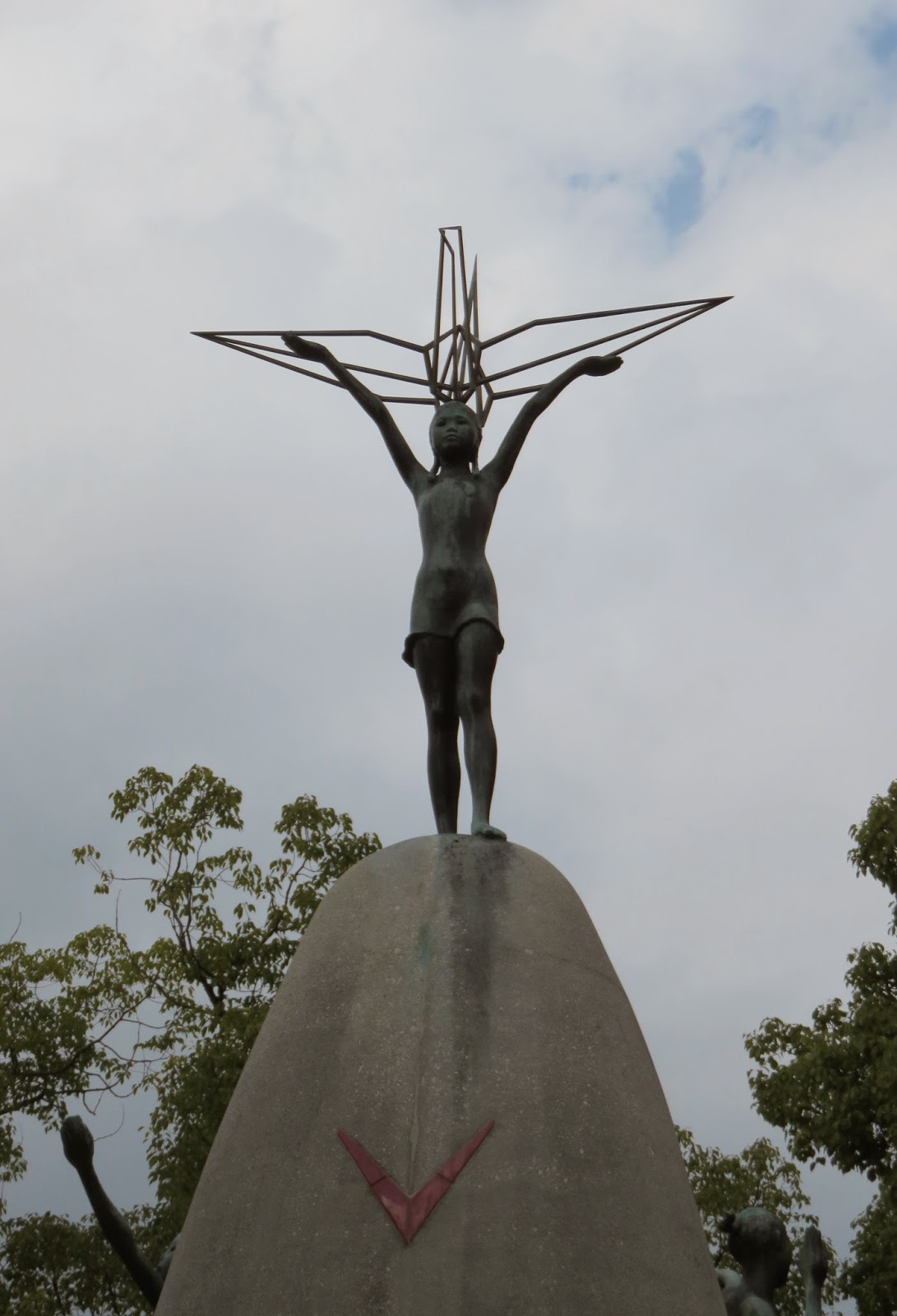 Children's Peace Monument,
dedicated to 12 year old Sadako Sasaki who at 2 years of age was exposed to the Atom Bomb.
10 years later she contracted leukaemia, she made 1000 cranes and everyone she made, she wished for good health. It was not to be. 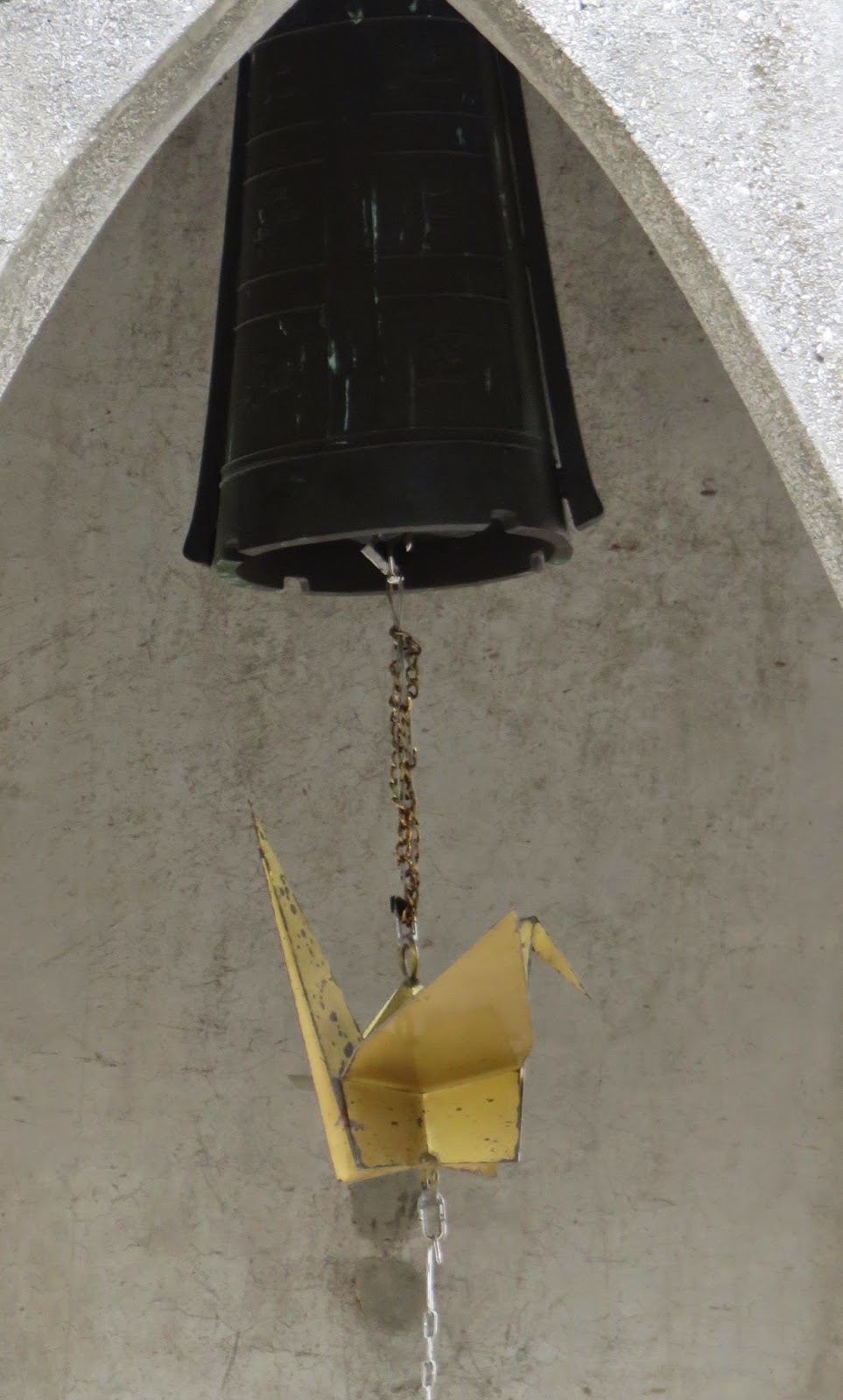 School children come to place paper cranes at her monument and plead for peace.
The golden crane is rung against the bell.
We watched children today and it was very  moving. 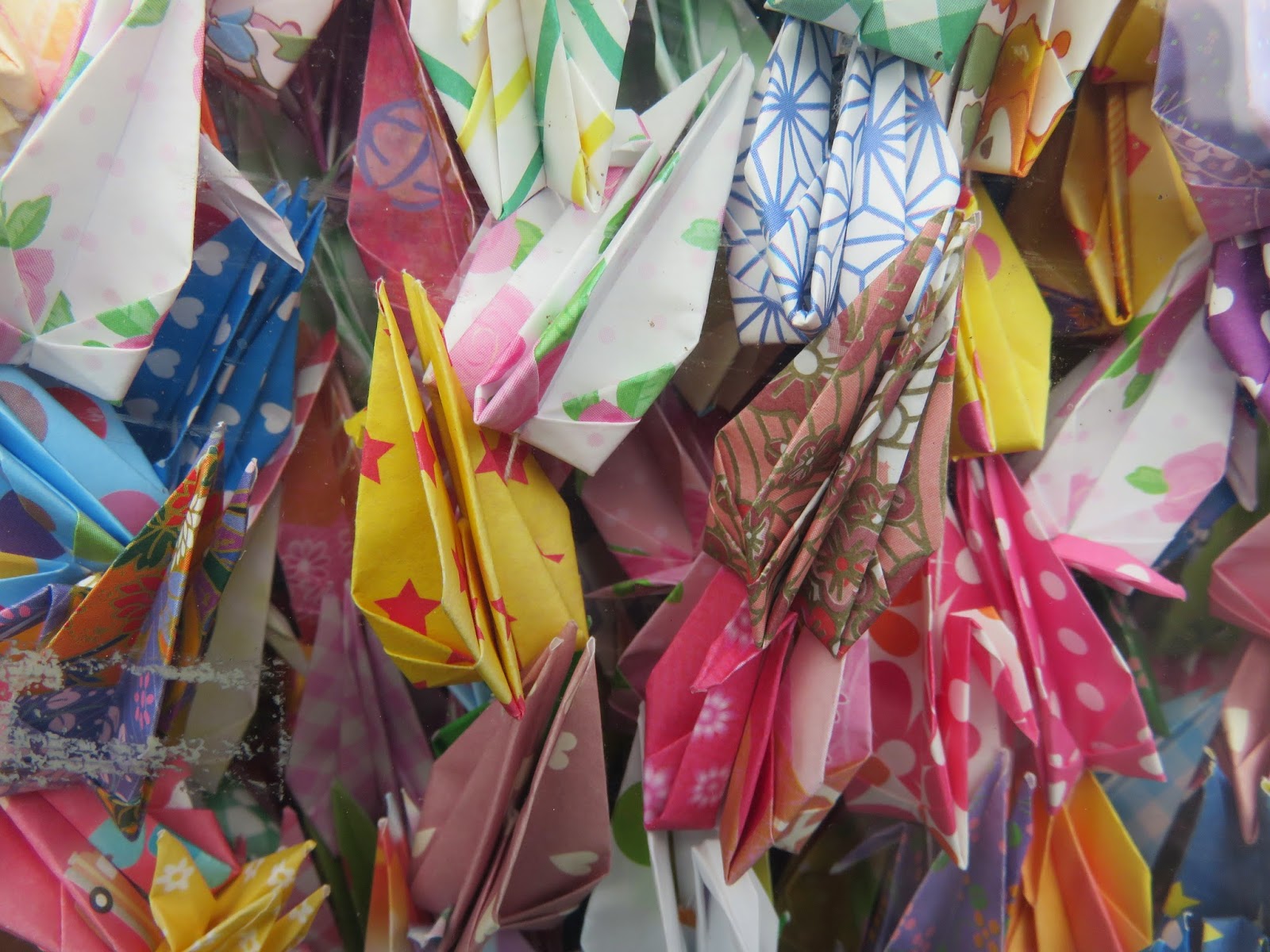 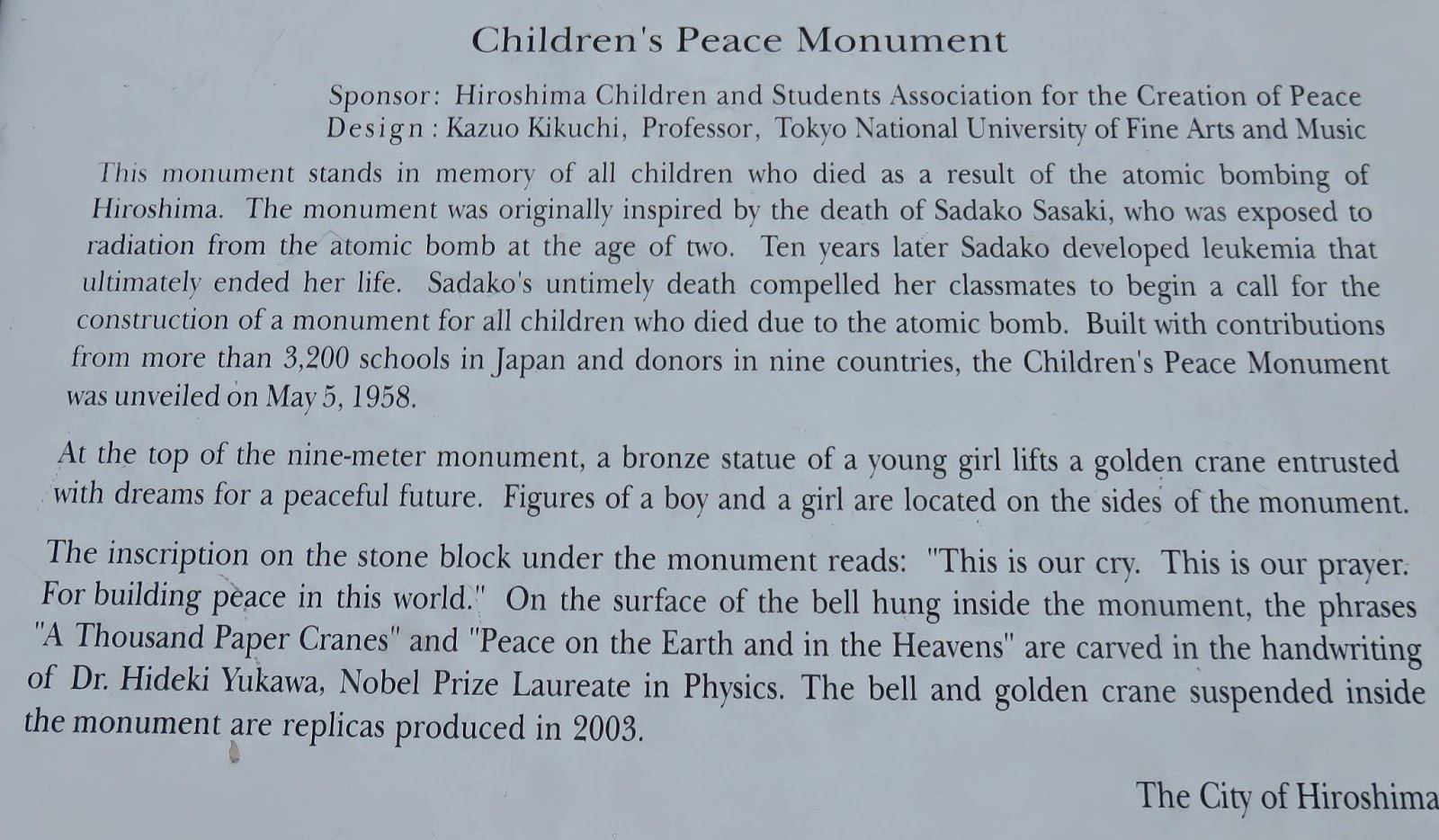 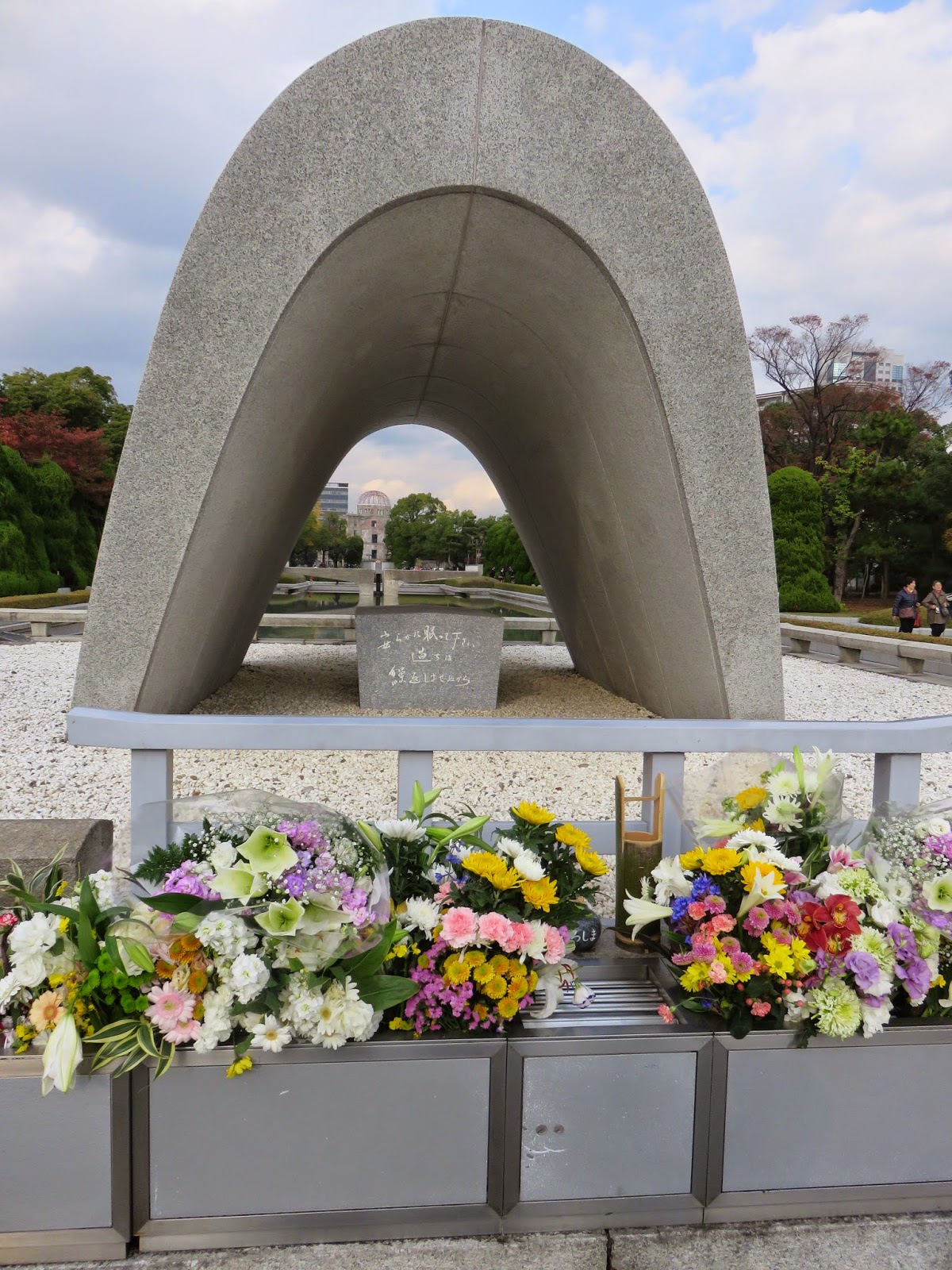 Cenotaph for the A-bomb victims.
All their names have been placed in the box. 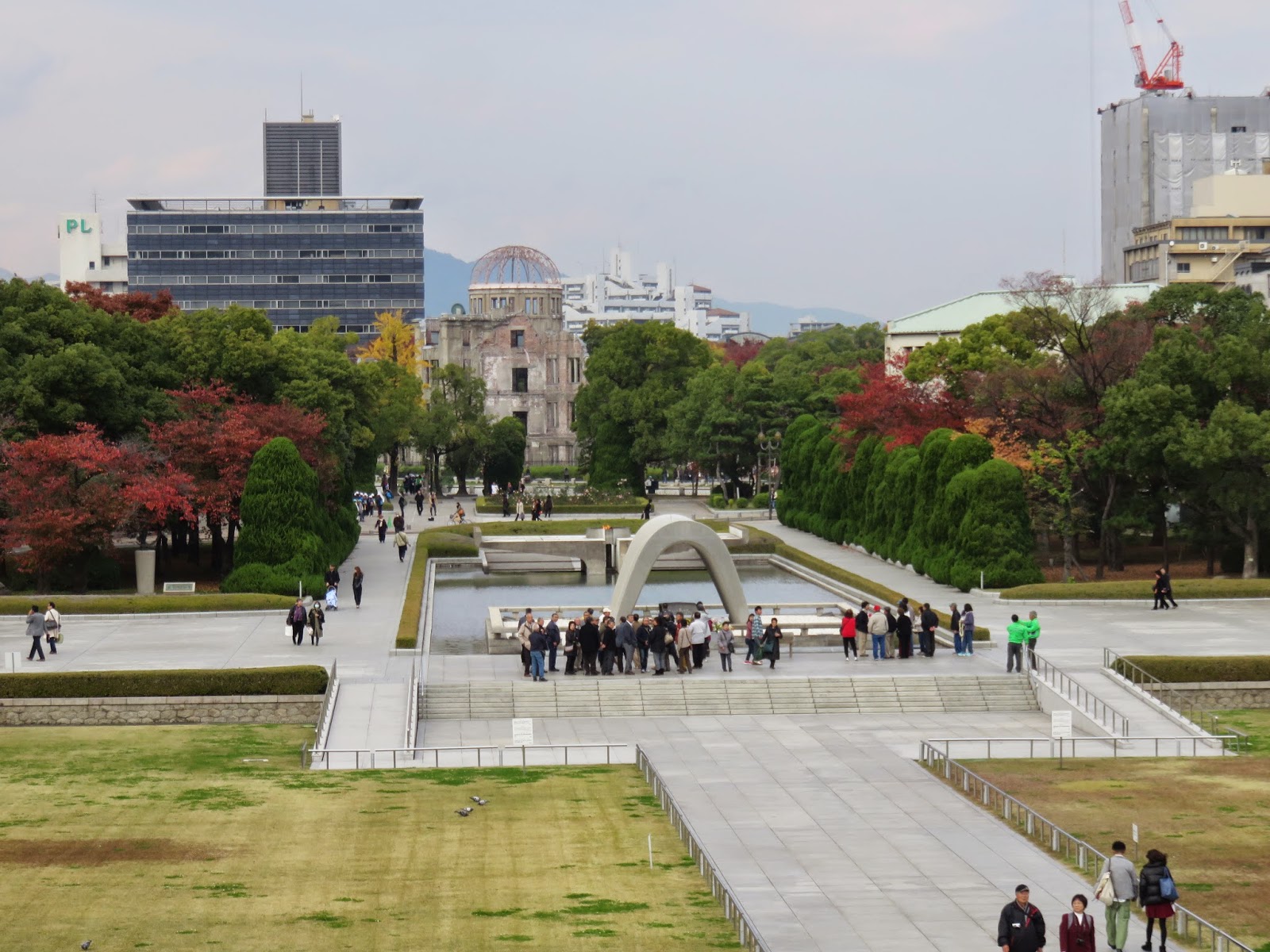 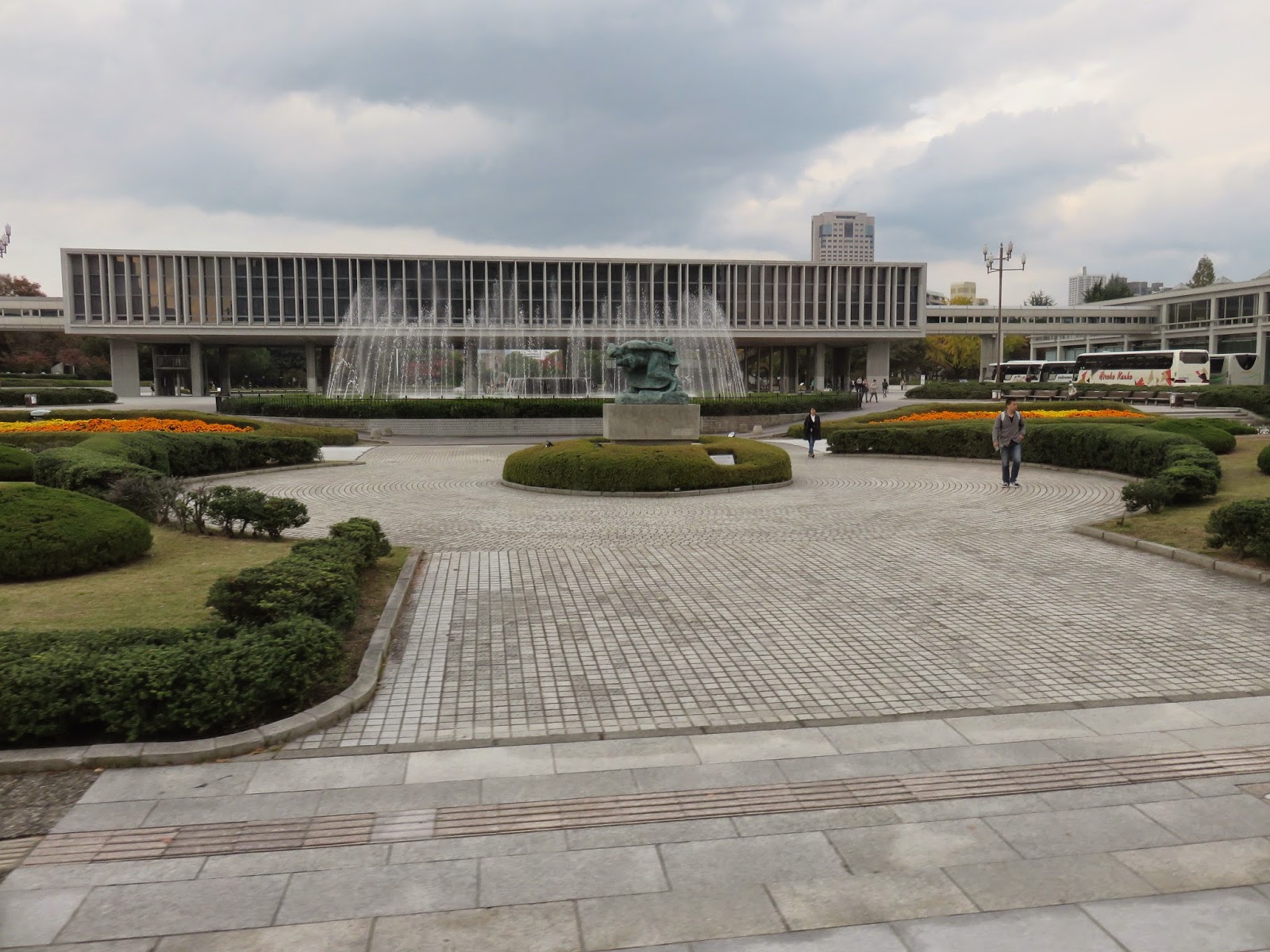 Hiroshima Peace Memorial Museum, we went through it and the photos and memorabilia were horrendous. It will stay in my mind for quite a while.﻿
Posted by jacaranda at 10:29 PM