We flew from London to Rome for 2 nights prior to starting a 10 day Trafalgar tour of cooking, vineyards and olive oil. The weather was terribly hot and the only day it rained was when we walked into the Vatican City. 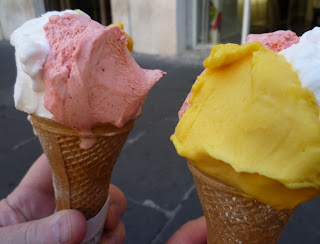 Gelati was the order of the day, just to cool down. 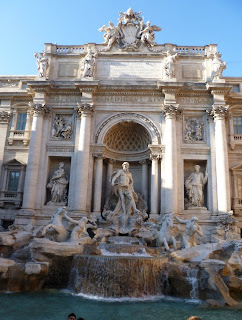 Trevi Fountain, John was surprised that it was smaller than he expected. Did the traditional of throwing a coin, hoping to come back one day. One of the tours we booked was a night walking tour of the back streets of Rome and it's evil pasts. 900 churches in the city, A Virgin Mary was placed on the building corners of the alleyways, this was so that that alley was kept nice!!!! with no bad behavior. 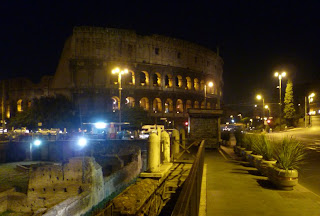 We also did a walking tour of the Colosseum. Our hotel was around the corner and we saw on TV a few days after we left Rome, that the whole area was taken over by protesters. 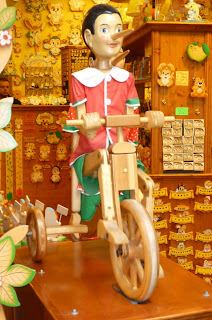 Pinocchio was in abundance.
After Rome we headed for Tuscany for 4 nights, staying in a 600 year old villa perched on the side of a hill. Surrounded by pencil pines and vineyards, postcard picturesque. Sadly the sunflowers had finished their flowering.

Posted by jacaranda at 4:32 PM