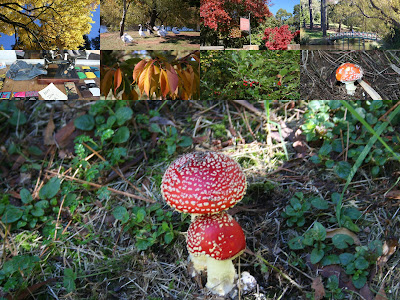 Posted by jacaranda at 9:46 AM No comments:

Sunday (yesterday) was the Open Day of the Fibre Arts Australia tutor/classes weekend.
Unfortunately I was not able to go, so this morning I drove up to Ballarat Grammar School and asked if I could have a sneak peak at the Artist Notebook Project books that I participated in. 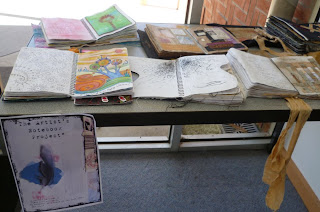 Each and every one of the approx. 120 notebooks were all so different. 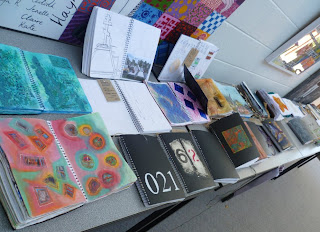 It was great to see them all laid out displayed. 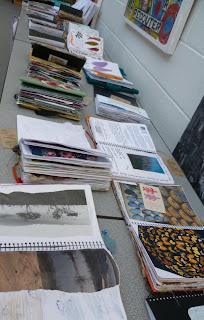 I enjoyed doing my book, even though I didn't use up all the pages.
I kept it as a log of Projects I had made over the last 12 months and will continue to fill the pages when the Notebook is returned to me next year.
Posted by jacaranda at 4:27 PM 1 comment: 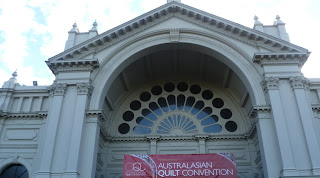 The AQC is on again at the Exhibition Gardens in Carlton.
Beautiful old building surrounded by lovely gardens and next to the Melbourne Museum. 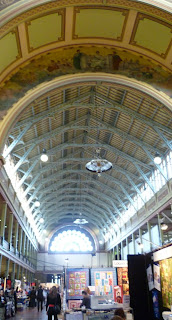 Popped into a 30 minute talk on Jelly Roll Quilts. I have a couple of Bali Pops in my stash, still don't know what to do with them, but after the talk, bought a $20 pack of templates to start me off. My one and only purchase for the day. Except for.... the much needed cup of coffee. 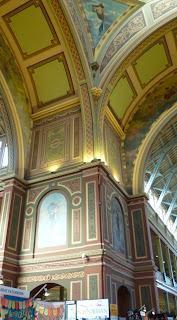 I have become rather miserable in my old age when it comes to Quilting. After having done it for approx. 30 years, I no longer buy for the sake of buying. I seem to float through these shows in a daze and prefer to gaze at what is on display.

The most enjoyable part of my day was catching up with fellow quilters and friends.
Pam, Jan Mac, Cynthia,Vireya, Cecile, Jenni O, Joy, Lesley and Jeann C.
I was sorry to only have a very quick wave to Lisa W, she was flat out on her stall.
If the AQC is a meeting place for catching up, then I will look forward to it again next year.

The Quilt Exhibition was very good, some amazing quilts and volunteering for White Glove duty gives you that extra close up view on them. I enjoyed talking to strangers who have something in common.

And by the way.... King Tut is in town.
This was guarding the thoroughfare at Southern Cross Train Station.
Posted by jacaranda at 7:54 AM No comments:

Had a "fruitful" weekend. Decided it was time to pick this "Mother and her siblings", leaving the rest of her family, 4 huge pumpkins that were not ready to be picked.
We dried out the seeds on the kitchen windowsill and this is what became of them. 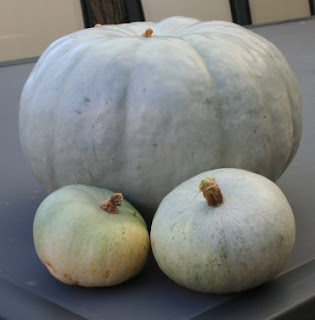 Saw on TV that it was time to tidy up the runners of the strawberries.
Trimmed and planted 9 small ones, will be interested to see if they grow.
Also planted approx 150 red and brown onion seedlings. 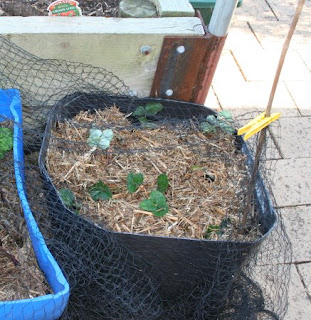 Finished off another lot of beanies for Jan Mac for the Homeless Connect Day.
Jan gave me a big bag of wool at the Scquilters Retreat. Hope to knit another 6 beanies out of it. 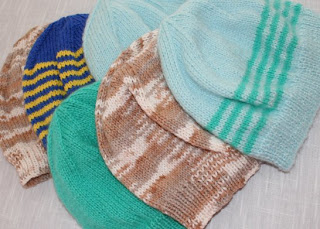 Bought a little mini notebook on Saturday. Had to deal with one frustrated husband as I am hopeless when it comes to computers. I could say the same about him when it comes to sewing. The salesman wanted to sell us a cover, DH said, "My wife can make one". No comment. 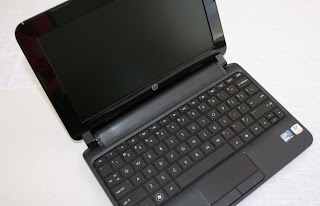 The downside to the whole weekend was sewing blocks to another row of a quilt I am making. As I was pressing, one of them scorched. I don't know how as all the others rows were fine. Just as well it was one of the plain blocks. 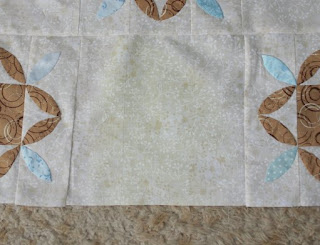